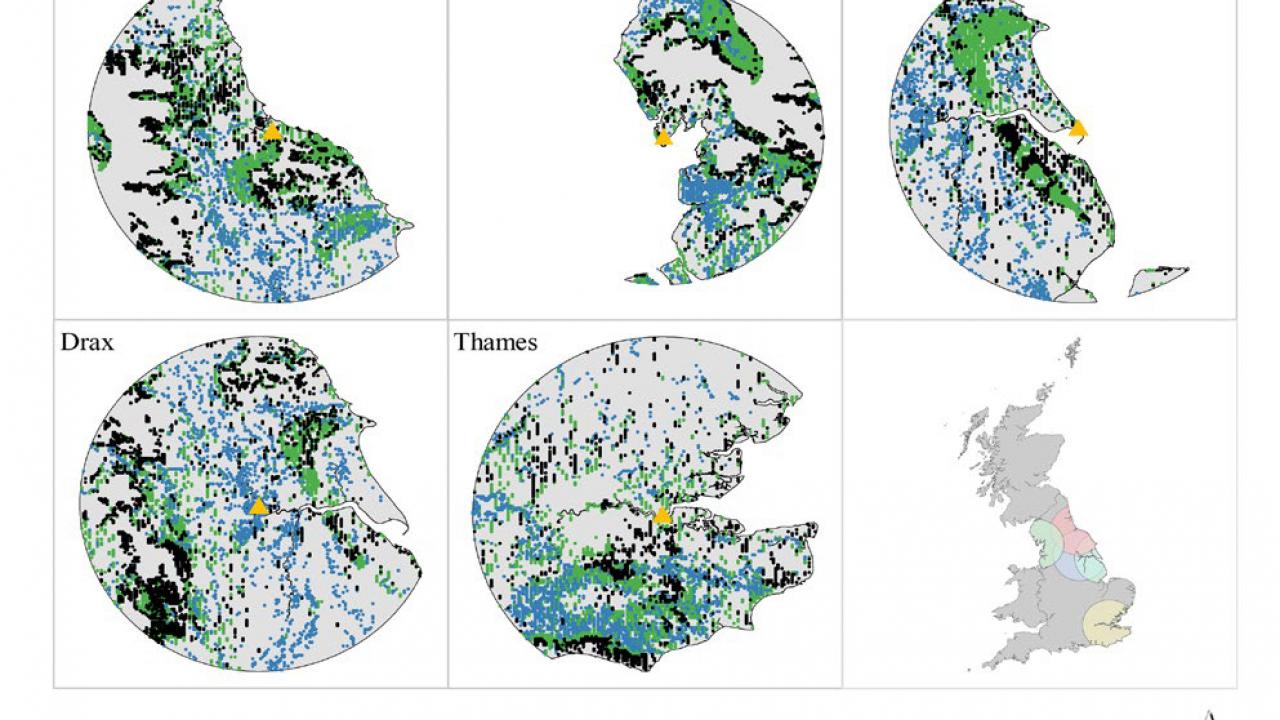 Finding the win-wins for Bioenergy with Carbon Capture and Storage (BECCS) as we move to net zero. For the UK at least, size matters

New research has shown that Drax power station in North Yorkshire is the optimal site for the carbon capture and storage facilities that will be needed reduce carbon emissions and achieve the targets of 2016 Paris Climate Agreement.

There has been a growing interest in the use of bioenergy with carbon capture and storage (BECCS) to achieve a net reduction in greenhouse gases. BECCS involves the combustion of biomass to generate energy, using trees and grasses grown on both agricultural land and marginal land unsuitable for food crops. The resulting CO2 emissions are captured, compressed, and transported to suitable underground storage sites. BECCS is an example of a Negative Emission Technology (NET), with others including the direct capture of CO­2 from the air, afforestation and carbon capture by trees, and pulverisation of rocks to enhance the natural weathering process and CO2 uptake. These are controversial technologies because they are largely untested at scale and because we have limited understanding of their wider impacts on society and the environment.

The new study, led by the University of Southampton and published in the journal GCB Bioenergy, looked at six potential locations for BECCS power plants across the UK. Each site was assessed on a number of criteria including proximity to CO2 storage sites, costs of transporting biocrops as well as the potential for soil sequestration (the process by which crops remove CO2 from the atmosphere) and flood mitigation. The researchers also calculated welfare value by integrated the costs and the potential for environmental benefits.

Drax was identified as one of the most positive UK sites for the delivery of ecosystem service benefits. However, these benefits decline with size with 1 GW BECCS being significantly less beneficial to the environment than 500 MW, suggesting that future BECCS requires site-specific ecosystem service valuations to assess trade-offs and co-benefits of this NET and that smaller power plants are preferred over large infrastructures.

Achieving the Paris Agreement targets requires net zero emissions and the UK, along with other nations, plans to deploy NETs to achieve a net zero economy by 2050. BECCS features heavily in the net zero energy scenarios, estimated to be as high as 15 GW (capturing 67 Mt of CO2 per year) by the UK Committee on Climate Change. However, models currently used to generate BECCS scenarios don’t quantify the environmental and social implications of BECCS and rarely consider the environment. The researchers believe they have addressed this limitation with their new model.

Professor Gail Taylor of the University of Southampton and University of California Davis who led the research said: “the novelty of this study is that for the first time we have managed to quantify the impact of BECCS at a regional scale, on the environment – showing perhaps surprisingly that BECCS can have significant positive impacts because long-lived trees are good for soil carbon and flood protection. However, this net benefit depends very much on where the BECCS power station is sited and consistently, in our study, declined as the capacity of the power station increased.  These are very significant findings for policy makers if BECCS, as predicted, is to play a big role in the UK strategy to get to net zero by 2050”.

This research was funded by UKRI, NERC project “Addressing the Value of Energy and Nature Together (ADVENT)” that’s is part of the UK Energy Research Center (UKERC) research program http://www.ukerc.ac.uk/programmes/advent.html