Breeding Plants for the Farm of the Future 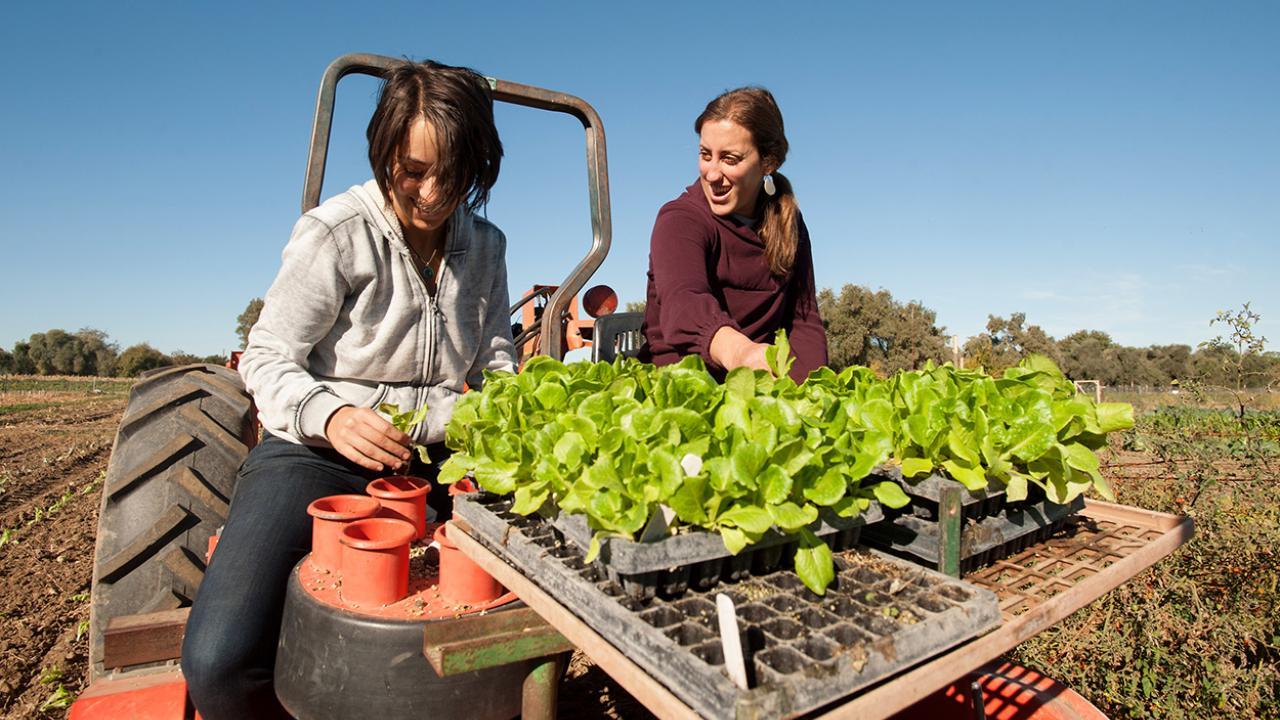 Breeding crops is a combination of science and art — some would say an ancient art, as old as time. While the practice of plant breeding has been used for millennia, new technology has greatly enhanced the ability of plant breeders to feed the world’s growing population, while spearheading a new era of agriculture in harmony with nature and people. This concept is part of UC Davis’ Smart Farm Big Idea, which seeks to merge technology and agriculture to find global solutions for food and farming, as well as address the shortage of labor within the agricultural industry.

“The most fundamental point about breeding is that it’s a numbers game. Using Smart Farm technology, we can more easily screen thousands, even millions, of seedlings and put the exceptional ones in the field,” said Professor Charlie Brummer, director of the Plant Breeding Center in the Department of Plant Sciences. “You have a finite space of land, so you want to choose the best seedlings possible in order to be efficient.”

When playing the numbers game of breeding, the task is to establish markers that are favorable to a high yield, as well as resistance to diseases while maintaining quality and taste. Here are three pressing issues that UC Davis’ Smart Farm Big Idea will help address by fast tracking new advancements in breeding.

One of the major tenants of Smart Farm is farming for the future, in a sustainable way. Andy Walker, professor in Viticulture and Enology, said new sensing technology could be used to determine fruit-related features including ripening, fruitfulness, size, color and intensity.

“This new technology would be utilized to expedite grape breeding with the goals of developing disease-resistant fruiting varieties that are able to use water more efficiently and tolerate saline soils — which will be more common with reduced rainfall or irrigation,” Walker said.

Brummer views sustainability through a global lens. Practicing ecological responsibility in the United States is often a top priority among agricultural business and consumers alike. But when growing crops in developing countries, the efficiency of yield has little room for error, and the challenge is to find a way to maintain quantity and quality, while staying in harmony with nature.

“We can certainly help improve food security in developing countries by increasing yield, by increasing adaptation and by increasing the ability to produce under drought or low fertility — without the presence of any fertilizers or input,” Brummer said.

Walker has been battling an archenemy of the California wine industry — the rampant Pierce’s disease, which affects grapes and is the main reason Southern California has little production in the wine industry.

By reverting to fewer varieties of grapes, the wine grape industry has been able to combat Pierce’s disease.

“Viticulture is the most backward form of horticulture that exists,” Walker laughed. “We currently use a core set of very few varieties across the globe — most of which are best adapted to cool to moderate climates.”

He cited that climate change and the increasing public concern regarding pesticide use will hopefully stimulate the development of new disease and pest-resistant wine grape varieties.

Wine grapes aren’t the only plant UC Davis has impacted — researchers from UC Davis have helped develop disease resistance in many other crops like strawberries.

Another trait that has been more desirable along with disease resistance is the ability to be picked mechanically by a machine or robot. Walker said that 20 years ago the model of mechanical harvesting was a merely a concept in the wine grape community. Now, breeders and farmers view crops through the lens of adapting to the technological advances.

Allen Van Deynze, associate director for the Plant Breeding Center and director of research for the Seed Biotechnology Center, works with spinach and peppers. He said mechanical harvesting is currently the top priority in pepper breeding for a few reasons, chiefly to help keep up with the demand for peppers, while navigating the shortage of labor.

“The labor force is not there — it’s not that we can’t afford it, it’s just not there,” Van Deynze said. “What will happen with the progress of mechanical harvesting is the creation of new, higher-skilled jobs.”

Peppers are primarily a handpicked crop — the attempts of mechanical harvesting have been inefficient thus far. Van Deynze said he and his colleagues are working on doing what the UC Davis breeders did decades ago with UC Davis engineers, to develop both a new breed of tomato and a new technology to harvest them. Van Deynze’s work is to breed peppers in conjunction with adapting mechanical harvesters.

Another way to use technology to counteract the effects of labor shortage is the use of drone technology. Brummer mentioned drones would be an extremely helpful aspect for estimating alfalfa yield, along with scanning the crops for disease, both of which are important traits for breeders to address in their new crops.

“It’s extremely time-consuming to measure yield,” Brummer said. “So if we could do that with a drone that somebody can fly over the plot once a month, it would allow us to look at more plants in the field. It all relates back to the crux of breeding — the numbers game.”