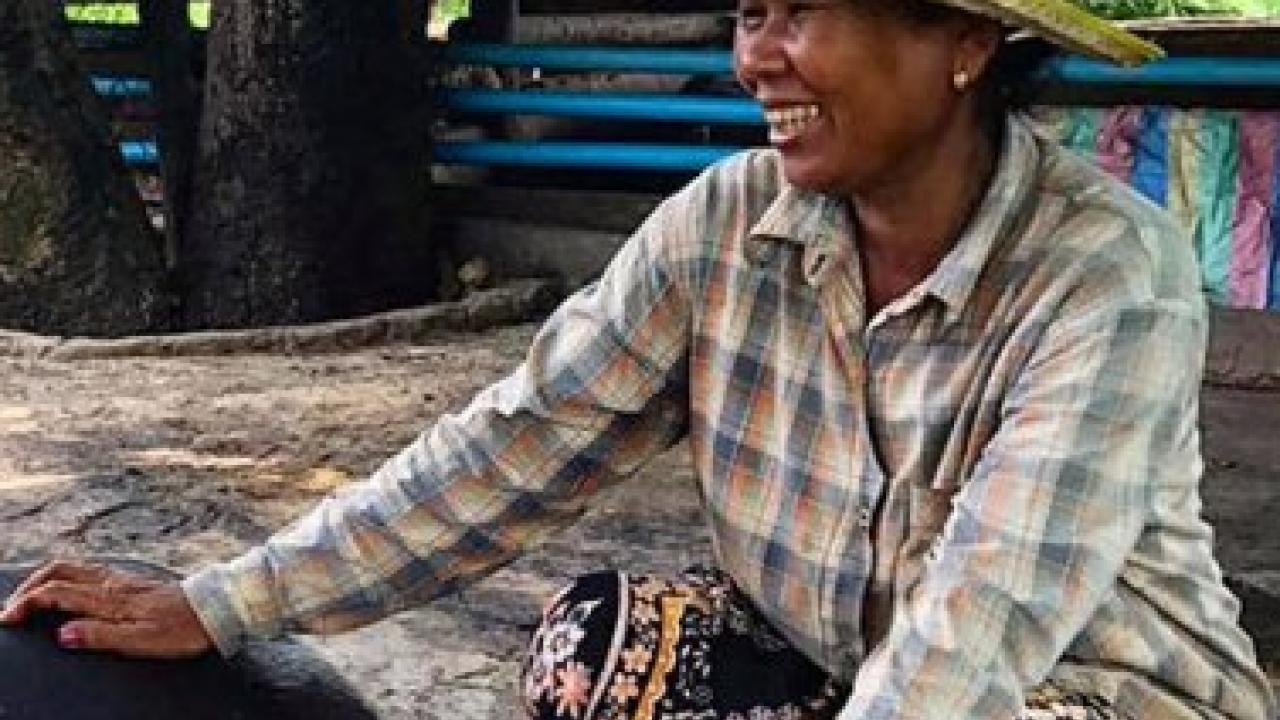 "By understanding the interactions between horticulture and livestock systems, we can help farmers make better use of agricultural inputs such as fertilizer and labor, which will help improve a farmer's bottom line," says Erin McGuire, associate director of the lab, which is funded by the U.S. Agency for International Development. 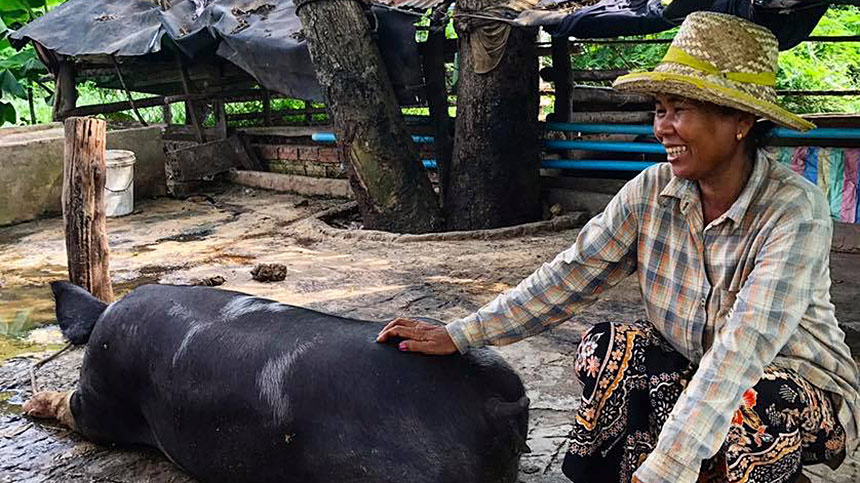 Farmers on small plots of land in Cambodia sometimes care for one or two pigs in addition to a vegetable garden and rice fields, a situation that offers opportunities for the Horticultural Innovation Lab to develop better food strategies. (photo: Jessie Vipham/Kansas State University)

"Systems thinking" is critical to making a real-world impact in global food security, according to Jessie Vipham, project leader and assistant professor at Kansas State University. It's also required to understand ecological interactions in One Health research.

"Too often overlooked is that systems piece, the very fact that these things -- crops and livestock, soil health and human health -- play together. It's not always enough to study a single piece of the pie," Vipham says.

"When we visited the farms our researchers have been working with in Cambodia, they already had animals there. Figuring out how to best utilize their livestock is just smart," McGuire says.

Because the Cambodians were sensitive to using pesticides and other synthetic supplements, they were interested in substituting manure and other livestock byproducts, she reports. 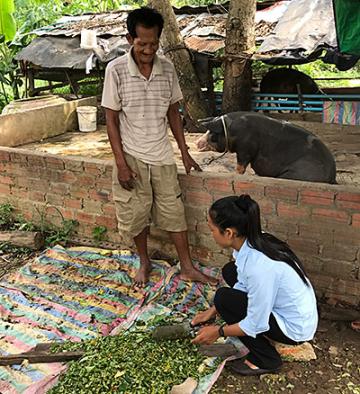 A host farmer oversees Channaty Ngang, right, a student from the University of Battambang, while she chops up morning glory for the farm's pigs. (photo: Erin McGuire/UC Davis)

With farmers near Siem Reap -- the city closest to Cambodia's famous Angkor Wat temple complex -- the team's research will focus on integrating pigs with crops. One question the team will investigate is whether the parts of a vegetable plant that don't become human food might be used to better feed pigs instead of being used as mulch.

The Horticulture Innovation Lab team will investigate whether pig manure might take the place of that mulch and the various trade-offs in using manure vs. mulch.

Farther west, near the city of Battambang, farmers are more interested in cattle. Vipham explained that in this region cattle are often valued as a type of income safety net. If a farmer suddenly needs some money, then the family can sell their cow. Research trials will likely focus on ways to maintain a cow's physical condition (and potentially its selling price) with crops grown for livestock feed, alongside the farmers' usual vegetable crops for sale and human consumption.

The American team will be working with Cambodian scientists from the University of Battambang and the Royal University of Agriculture. The international group met recently in Cambodia to explore research sites and make plans to move forward. Vipham is encouraged to see the scientists come together as a team.

"It's one thing to make plans and write a grant proposal," Vipham says. "It's a totally different thing when you have your livestock scientists and horticulturalists and soil scientists on the ground, looking at the same thing, and you can see their wheels start to turn."

One of the Cambodian researchers, Lyda Hok, is director of the Center of Excellence on Sustainable Agricultural Intensification and Nutrition, which includes five new "technology parks" where the team's research will take place.

"With the five technology parks, we will be able to share this useful information and recommendations to more farmers throughout the country," Hok says. 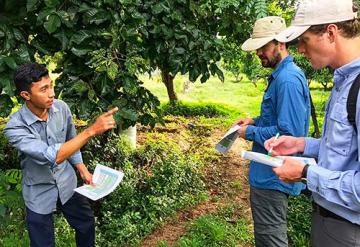 Hok and his colleagues at the Royal University of Agriculture have been working with U.S. university researchers connected to the Horticulture Innovation Lab since 2010. He says these partnerships are an important part of the problem-solving process.

"We have the same goal, to extend successful agricultural technologies to benefit more farmers, especially smallholder farmers," he says.

Ultimately the team will distill the research findings into several documents aimed at helping farmers consider new practices, understand the trade-offs and make informed decisions about managing their farms.

"It all comes back to: How do we help make these decisions easier for farmers? They already have so much they're dealing with," Vipham says.

About the Horticulture Innovation Lab

Led by UC Davis and funded by the U.S. Agency for International Development, the Horticulture Innovation Lab is part of the U.S. government's global hunger and food security initiative called Feed the Future. Researchers from throughout the United States participate in lab projects in Asia, Africa and Central America, to help farmers better grow nutritious fruits and vegetables.

In addition to this new project focused on livestock integration, the program has two other research projects in Cambodia -- one looking at promoting conservation agriculture to vegetable farmers and one led by UC Davis researchers focused on building safe vegetable value chains.