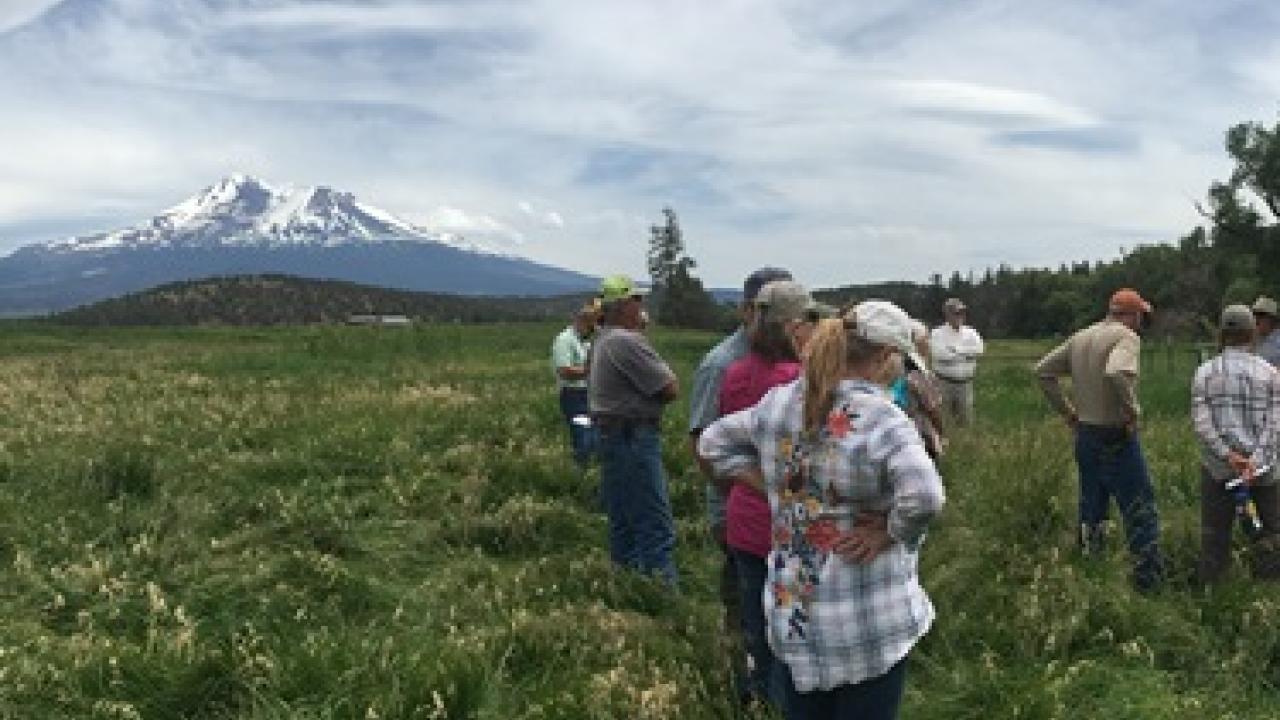 Cooperative Extension is Key to Unlocking Public Engagement with Science

The need for scientists -- and ecologists, in particular -- to engage with the public is well known. This article addresses how the U.S. land-grant mission and the Cooperative Extension system have initiated, developed, and implemented models of public engagement for the past 100 years. Cooperative Extension engages through trusted and established relationships, and collaboration and co-development of projects with the public. [Authors: Elise S. Gornish (University of Arizona) and Leslie M. Roche (University of California, Davis, and UC Agriculture and Natural Resources). Copyright: Ecological Society of America.]

The critical need for scientists in general and ecologists in particular to engage with the public has been widely noted in peer-reviewed publications, popular press outlets, formal reports, and social media (eg McCallie etal. 2009; Kouper 2010; Dickinson etal. 2012). Academic societies have also played an important role in this discussion. For example, a guest editorial in ESA's Frontiers recently described the need for developing new models of public engagement (Kenney etal. 2016). We enjoy this discourse and agree with the sentiments expressed in many of these articles. However, conspicuously absent from most of this dialogue has been the acknowledgment of theland-grant mission and Cooperative Extension (CE) system, which together have successfully initiated, developed, and implemented models of public engagement for the past 100 years across the US (Franz and Townson 2008).

The Morrill Land-Grant College Acts of 1862 and 1890 first created the land-grant university system with the goal of providing practical and accessible education to the public. Building on this, the 1914 Smith-Lever Act formalized a unique partnership -- the CE system -- among the US Department of Agriculture, land-grant universities, and state and local governments to deliver science-based public programs to solve local problems (Wang 2014). Today, CE is a boundary-spanning organization that facilitates research and outreach in agriculture, natural resources, and communities. 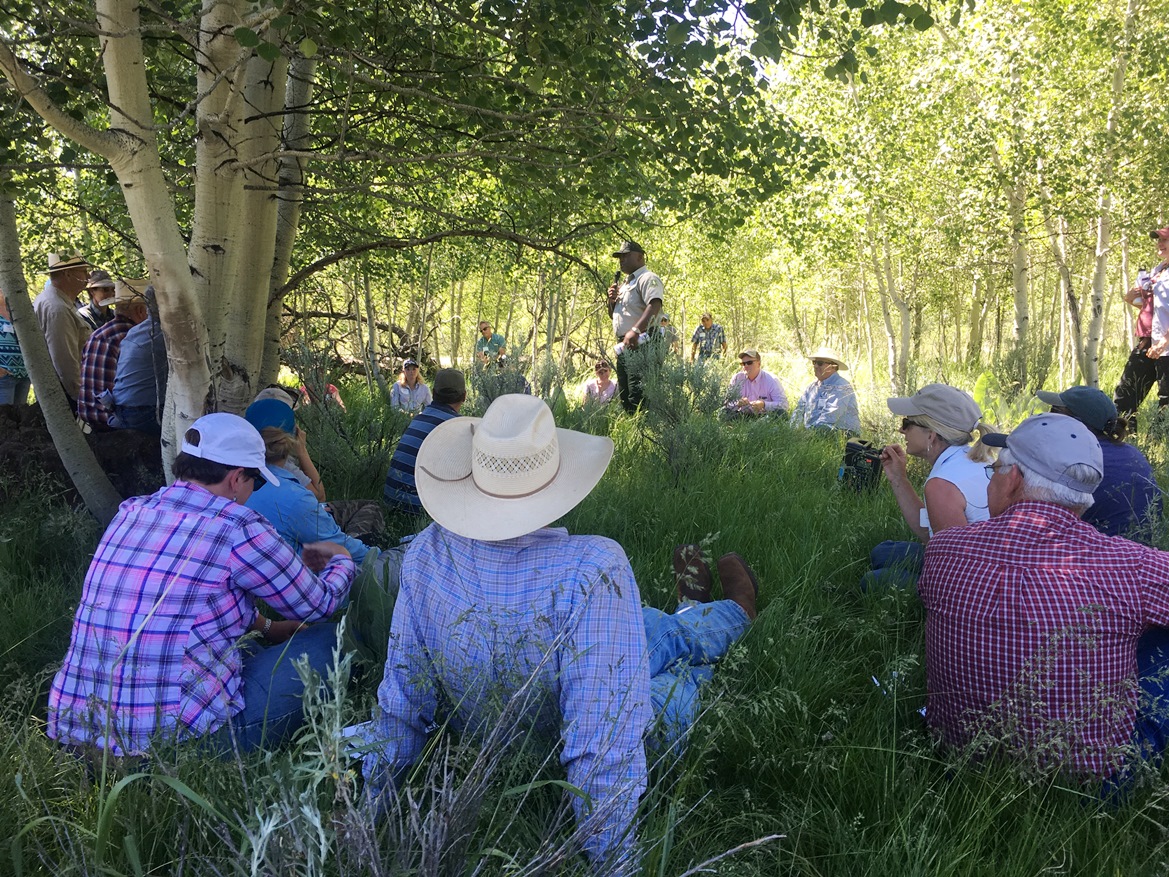 CE has also successfully used these strategies to develop and maintain relationships between scientific researchers and the public during environmentally and economically trying times, such as in response to California's historic multiyear drought, when CE captured audio stories from the state's farming and ranching families to preserve and learn from the public experience of this environmental disaster (http://rangelands.ucdavis.edu/drought). Finally, CE demonstrates initiative in developing research and education programs that focus on innovative technologies for interested stakeholders (Hayden-Smith and Surls 2014). These activities lead to the creation of a far-reaching network among members of CE, research end-users, and the public. As a result, approaches employed by CE could be extremely useful models for those wanting to build capacity in public engagement through the development of trusted relationships within their own research programs. Why not leverage the approaches and social capital within CE that are already successful in engaging stakeholders?

Like any large system, CE faces challenges, including evolving roles, finite funding sources, and the emerging obstacles of a rapidly changing environment. For example, extension personnel might experience a lag in formal training for particular types of emerging issues relevant to rapidly evolving situations, such as novel antibiotic resistance. Also, because extension personnel in each state tend to focus on local issues as a matter of policy and funding, these researchers might be restricted in the geographic or thematic influence of their outreach program. These attributes, however, should be considered as opportunities for growth when new partnerships among extension personnel, non-extension researchers, and the public are developed. To maintain CE as a trusted and established institution, one that has historically been shown to be well suited for cultivating broad partnerships, it will need to continue evolving by adding new programs, positions, and technological training to meet future challenges.

Researchers have found that working with "opinion leaders", or highly connected actors, is an effective way of reaching a broader audience (Hoffman etal. 2015). We believe that CE can serve in this important role to catalyze public engagement. We have several recommendations for researchers who are interested in engaging CE in order to enhance communication across a diverse community:

Dialogue on public engagement within science is critical for extending the value of basic and applied field and lab research. However, these discussions should not neglect the valuable role that CE can play in this endeavor. Multi-directional flows of information between CE and other scientists are critical for solving current and future challenges facing society. We believe that capitalizing on successful CE models provides a well-tested and effective path forward to develop successful communication strategies, and increases the impact of science delivery to the public.

About the article and the authors:

This article was reprinted, with permission, from Frontiers in Ecology and the Environment, November 1, 2017.

Elise Gornish is a Cooperative Extension specialist at the University of Arizona, working on restoration and weed management strategies that mitigate effects of climate change -- particularly warming and decreasing precipitation -- and designing financially and logistically feasible restoration strategies. Gornish was previously in the Department of Plant Sciences at UC Davis.