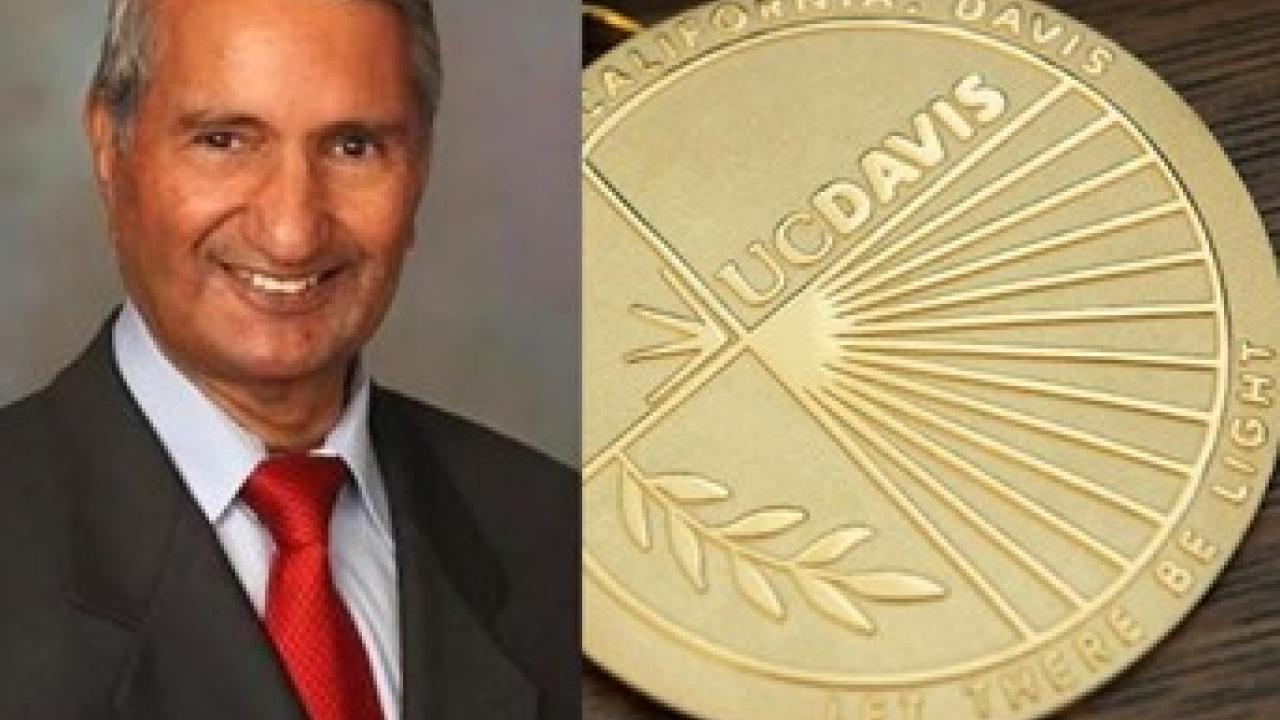 Gurdev Khush to be Honored with UC Davis Medal

The University of California, Davis, is pleased to announce this year'srecipients of the UC Davis Medal, the highest honor the university bestows on individuals.

Gurdev Khush, professor emeritus in the Department of Plant Sciences; Michael W. Chapman, UC Davis alumnus and chairman emeritus of the Department of Orthopaedic Surgery at UC Davis Medical Center; and John and Lois Crowe, pioneering scientists and philanthropists, will be recognized for their extraordinary personal achievements and contributions to the ideals of higher education on which UC Davis was founded. 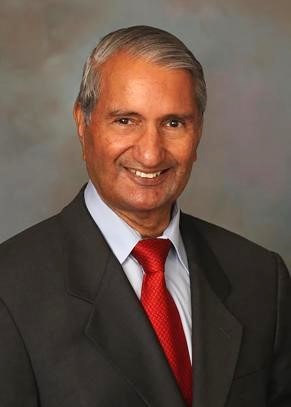 Gurdev Khush, considered one of the heroes of the Green Revolution, will receive the UC Davis Medal.

First presented in 2002, the UC Davis Medal recognizes individuals of rare accomplishment "to be heralded today and in perpetuity" as special members of the UC Davis community. Past honorees include such well-known individuals as former President Bill Clinton, artist Wayne Thiebaud, and Robert and Margrit Mondavi.

Gurdev Khush is perhaps best known for his work with the International Rice Research Institute, where he spearheaded the program for developing high-yielding and disease- and insect-resistant varieties of rice.

Khush graduated from Punjab Agricultural University in India and earned his Ph.D. from UC Davis. During his 35-year career at IRRI, he helped develop more than 300 innovative rice strains, including IR36. That strain, released in 1976, became the most widely planted food crop the world has known.

Owing in large part to Khush's contribution, world rice production increased from 257 million tons in 1966 to 718 million tons in 2011. Khush is considered one of the heroes of the Green Revolution. In recognition of his achievements, he was awarded the the 1996 World Food Prize. 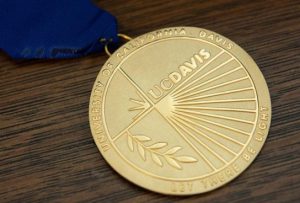 Khush has been honored with virtually all of the top international agricultural prizes, but he said receiving the UC Davis Medal means a great deal.

"It means so much," said Khush. "I could not have accomplished what I have without the training I received at UC Davis."

UC Davis Chancellor Gary S. May will present the UC Davis Medal to recipients during a gala on June 8at the Sheraton Grand Hotel Sacramento.

Read about the other recipients here.

(Article by Amy Quinton, and reprinted from UC Davis News.)