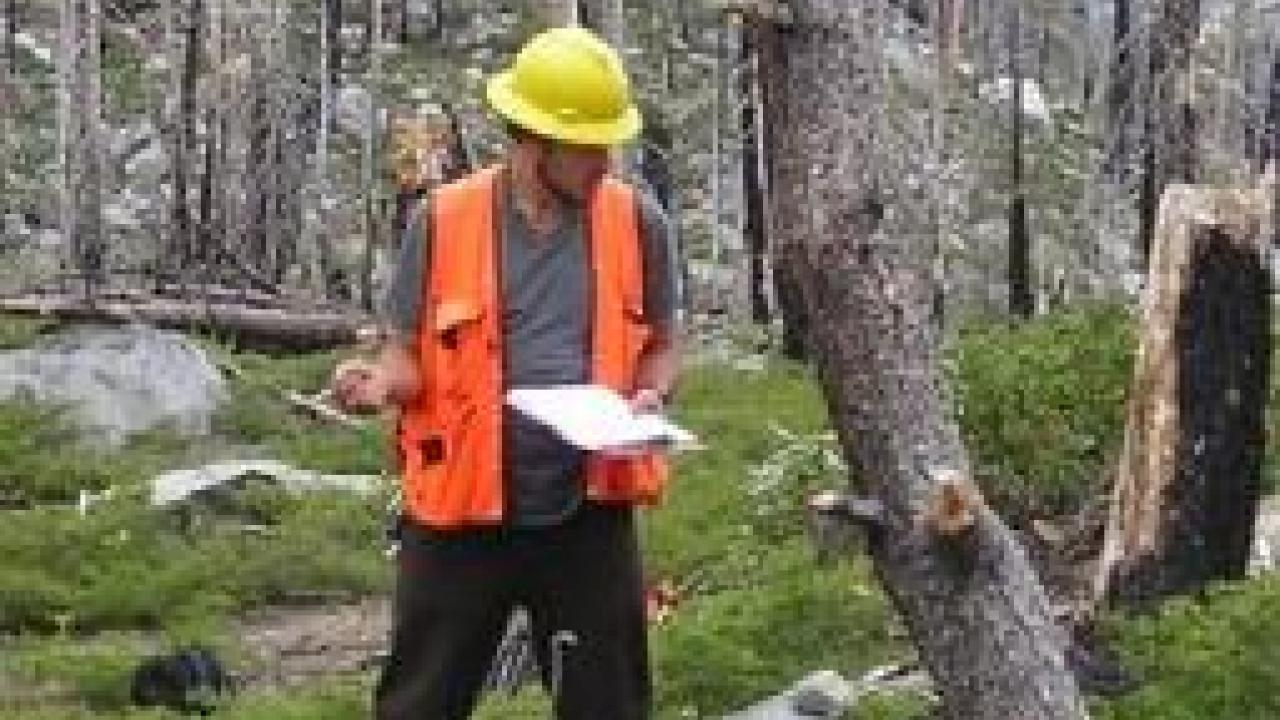 A study spanning 10 national forests and 14 burned areas in California found that conifer seedlings were found in less than 60 percent of the study areas five to seven years after fire. Of the nearly 1,500 plots surveyed, 43 percent showed no natural conifer regeneration at all. 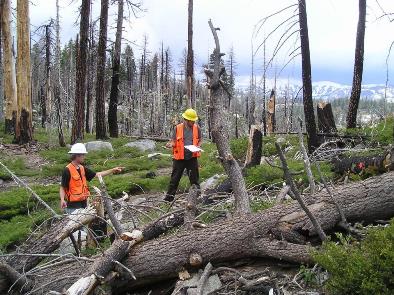 The study was co-led by UC Davis and the USDA Forest Service and published December 21 in the journal Ecosphere. It presents a tool to help foresters prioritize which lands to replant immediately after a fire, and which lands they can expect to regrow naturally.

"High-severity fires are knocking out seed sources and leading to a natural regeneration bottleneck, which poses a predicament for the sustainability of our forests," said lead author Kevin Welch, a research associate with the UC Davis Department of Plant Sciences. (Co-authors were Hugh Safford and Truman Young.)

For example, 10 of the 14 burned areas in the study, which include well-known wildfires like the Moonlight (2007) and Power (2009) fires, did not meet Forest Service stocking density thresholds for mixed conifer forests, making them good candidates for replanting and restoration efforts.

"Knowing that the Forest Service doesn't have the time, budget and staffing levels to restore everything, we basically want to help foresters predict what will be there five to seven years later so they can better focus restoration efforts," Welch said.

How does the tool work?

The researchers surveyed a range of elevations, forest types and fire severities -- including in the Sierra Nevada, Klamath Mountains, and North Coast regions -- to determine which factors promote and limit natural conifer regeneration and how different conifer species respond after a fire.

Using a simple tool developed by the research team, a manager can enter the forest the year following a fire and take a few field measurements -- including distance to seed source, slope, and the cross-sectional area of living trees in the nearby forest. They can then predict whether a severely burned site is likely to meet a desired level of tree density five to seven years later.

Tested against four wildfires that were not in the study, the researchers found the tool was able to predict with more than 70 percent accuracy whether an area would likely need to be replanted or not.

The study plots were in California, but the authors suggest study results could apply to mixed conifer forests across the North American Mediterranean Climate Zone, which stretches from southwestern Oregon through California to northern Baja California and includes parts of western Nevada.

A race for the sun

As the research team saw while hiking through miles of dense brush, high-severity fires also stimulate shrub growth to the detriment of fire-resistant tree species that foresters try to encourage. The conifer regeneration that is occurring is heavily dominated by species that tolerate shade but not fire, such as Douglas fir, white fir and incense cedar.

Fire-resistant and drought-tolerant trees, such as ponderosa, sugar and Jeffrey pine, do not tolerate shade well. Such species are likely to better withstand the warmer, drier climates projected for California in the future.

Currently however, forest and fire conditions are not favorable for the survival of these more desirable trees. According to the study, strategies for increasing pines in California forests include reducing forest densities and fire severities while increasing overall fire occurrence (both prescribed fires and managed wildfires). They also suggest planting pines before shrubs and shade-tolerant trees crowd them out and remove their light source.

"As western forests increasingly experience warmer weather and more frequent and more severe fires, a better understanding of what conifers need to regenerate naturally after fire can help us create and manage more sustainable, resilient forests," said co-author Hugh Safford, regional ecologist for the USDA-Forest Service's Pacific Southwest Region and a member of the adjunct faculty in the UC Davis Department of Environmental Science and Policy.

The study was funded by the USDA Forest Service and UC Davis.