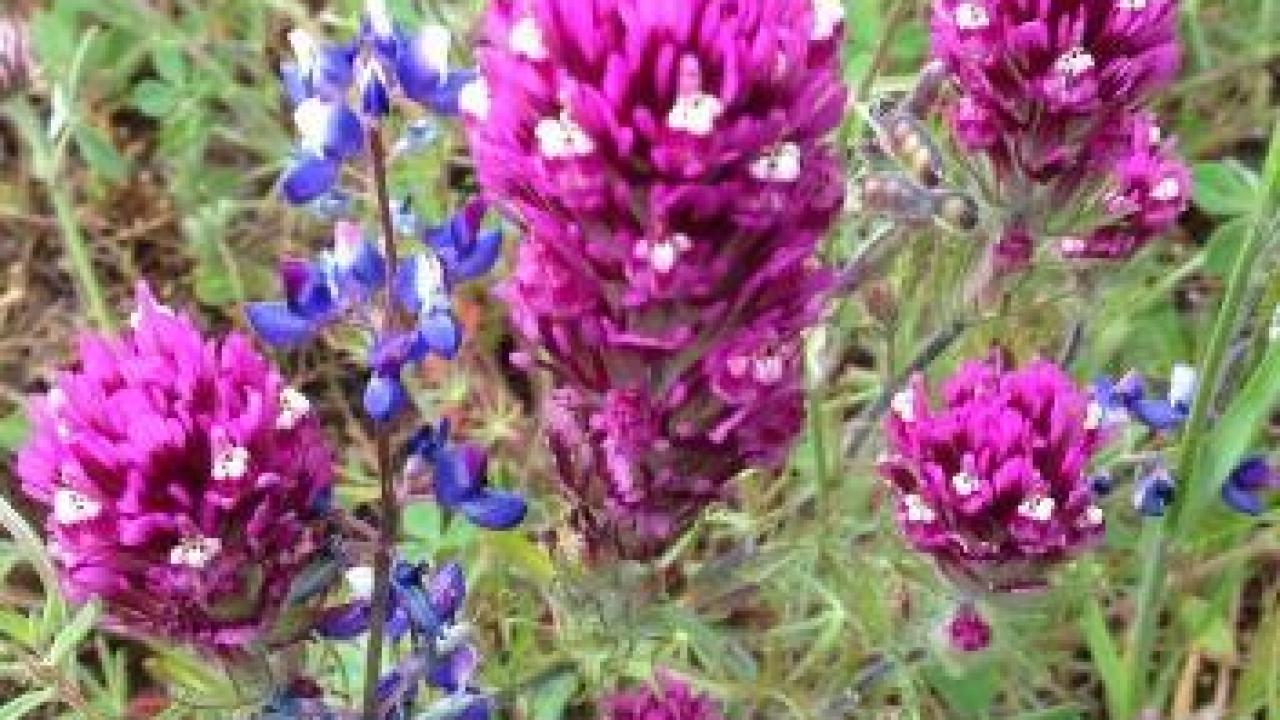 Native wildflowers were surprisingly resilient during California's most recent drought, even more so than exotic grasses. But signs of their resilience were not evident with showy blooms aboveground. Rather, they were found mostly underground, hidden in the seed bank, according to a study from the University of California, Davis. 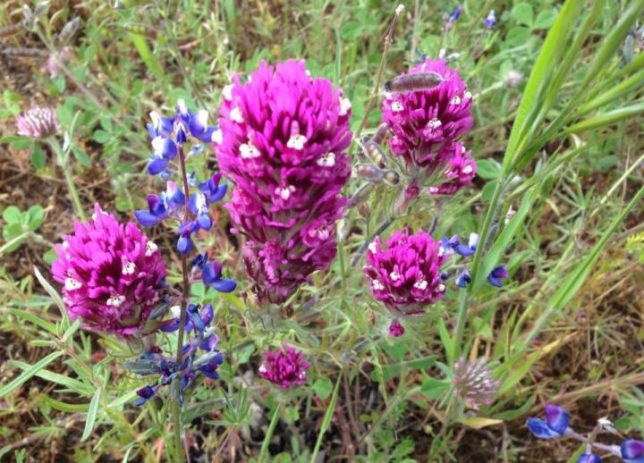 California wildflowers, such as these miniature lupine and denseflower Indian paintbrush flowers, were more resilient to the recent drought than they may have appeared. (photo: Marina LaForgia/UC Davis)

For the study, published March 1 in the journal Ecology, researchers analyzed more than 22,000 seedlings from soil cores collected at UC's McLaughlin Natural Reserve in Northern California during the fall of 2012 and 2014. They found that seeds from native wildflowers increased 201 percent underground, while aboveground growth increased 14 percent.

"Even wildflowers that are considered intolerant to drought appeared resilient to a single extreme drought event," said lead author Marina LaForgia, a graduate student in the lab of professors Susan Harrison and Andrew Latimer in the UC Davis Department of Plant Sciences. "However, more frequent, severe or prolonged future droughts could eventually exceed these native species' capacity to put more and more seeds into the seed bank for their long-term survival."

Seed banks are a clever survival tool native wildflowers use to weather highly variable climates like California, where one year can be extremely dry and the next extremely wet. To take advantage of both of those climates, they keep a portion of their seeds dormant in the soil rather than spending them all at once. This helps ensure their long-term survival.

During the drought, the wildflowers operated like someone who has kept their job during an economic crisis but is wary of losing it. The person continues to produce and make money, but they save a greater proportion of it in the bank rather than spend it as they may have before the crisis. Similarly, native wildflowers were still germinating and producing seeds, but they saved a greater proportion of that seed underground, waiting for more favorable conditions to emerge.

"Seed banking is a form of bet-hedging," LaForgia said. "Wildflowers take on low risk but also low reward, whereas grasses are high-risk, high-reward plants. They're not savers. They increase dramatically during wet years and decrease in dry years. Wildflowers are less dramatic. They are there, but they're switching where they place the highest proportions of their population." 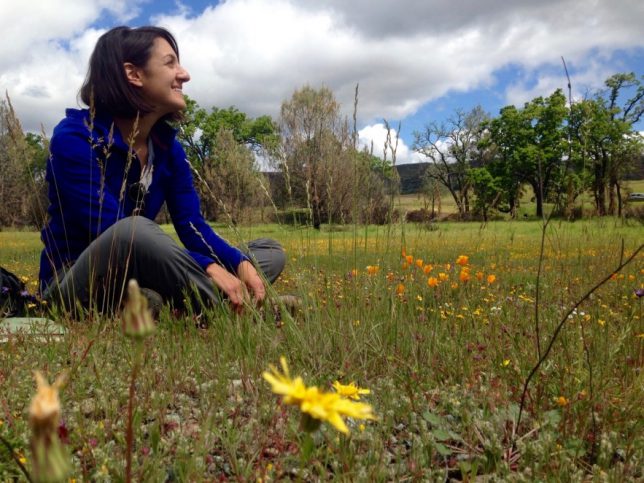 While nearly all wildflowers added to their seed banks during the study period, the increases were especially striking among drought-tolerant wildflowers:

The spike in native wildflowers and drop in grasses was fairly consistent across species and not due to any particular "breadwinner." Eleven of 15 grasses declined, while 65 of 81 wildflower species increased the amount of seeds they stored.

The study indicates that native annual wildflowers should be an integral part of future restoration strategies, even though their emergence might not be immediate.

"When looking at how plant communities respond to disturbance, we mostly just think about what goes on aboveground," LaForgia said. "But if you really want to think about how a plant community is responding, it's important to keep the entire life cycle of that population or individual in mind. You get a very different answer by just looking at the aboveground community."

Research for the study was supported by a National Science Foundation Graduate Research Fellowship grant, a UC Davis Jastro Shields Research Grant, and the Hatch Project.