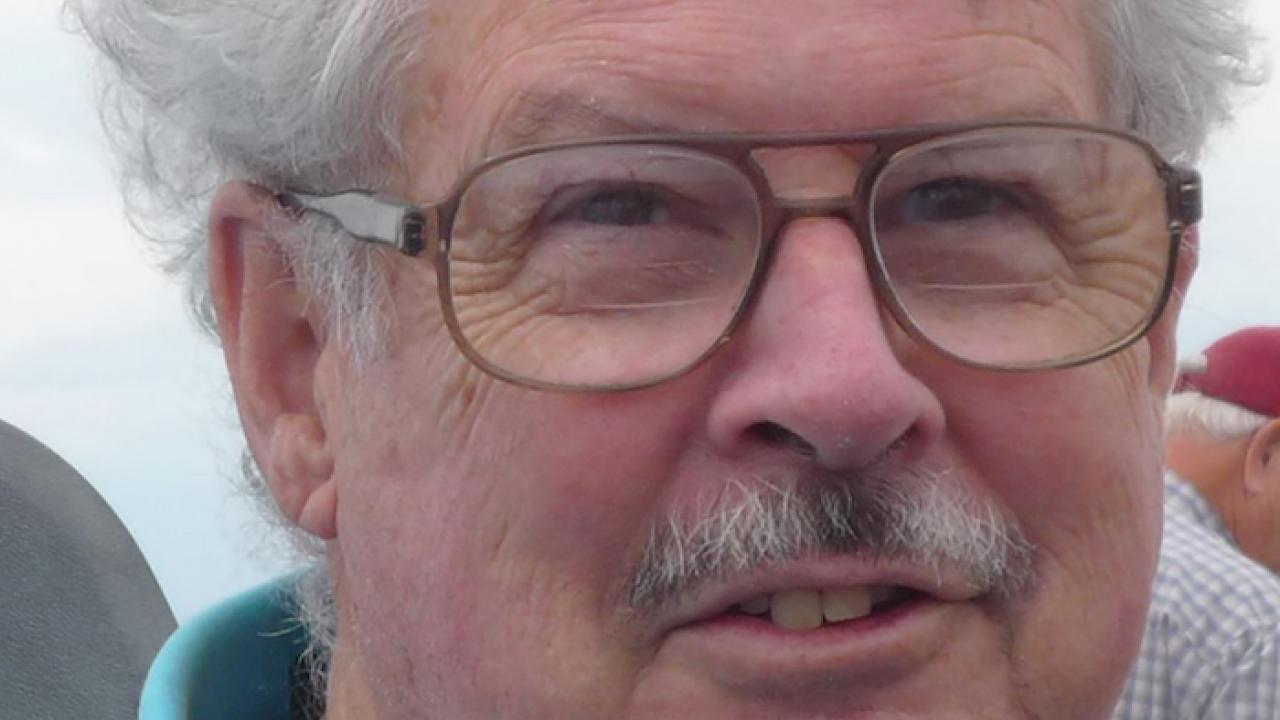 Lynn W. Gallagher, retired project scientist and barley breeder at the University of California, Davis, died on Dec. 15, 2020. He was 77.

Gallagher was born in San Francisco and raised in Marin County. He earned a B.A. in political science at UC Davis with his sights set on a law career. After his graduation, he joined the peace corps where he taught primary school for two years on the slopes of Mt. Kilimanjaro, Tanzania, before joining an agricultural project on the shores of Lake Turkana in Kenya.

This last experience in particular was a catalyst for Gallagher, compelling him to refocus his goals on agriculture. When he returned to California, he earned a doctorate in plant genetics from his alma mater.

His first job after completing his Ph.D. was in Debre Zeit, Ethiopia; he then joined the University of Minnesota's agricultural program in Morocco, spending eight years teaching, breeding barley and developing an agriculture faculty there.

The last 30 years of his professional life were spent at UC Davis as its barley breeder. He released a great many barley varieties for feed, food, forage and malting.

“Several condolences and plaudits testifying to Lynn's impact on barley breeding and the careers of barley researchers have come in from the [American Malting Barley Association] network and from the international research center in Morocco (ICARDA) and Moroccan barley breeders, many of whom were trainees of Lynn in his years in Morocco with the University of Minnesota's program there and from continuing collaborations during his period as barley breeder here at UC Davis,” said Patrick McGuire, an academic coordinator at UC Davis.

Gallagher’s most recent achievement was the development of several malting barley varieties bred specifically for California conditions, the first since World War II. One of them, Butta 12, has been enthusiastically received by California growers and artisan brewers.

He recently discussed the success of Butta 12 with Ron Silberstein, co-founder and managing member of Admiral Maltings, in a podcast organized by the Crop Science Society of America. On his passing, Silberstein wrote to McGuire, “Lynn has been such a mentor and inspiring resource. He has been absolutely critical to the stage of life I am in now with Admiral Maltings. There is no way I'd be doing what I'm doing without his enthusiastic help.”

Admiral Maltings, the first malting facility in California in decades, was a major final piece of the network that Gallagher helped cultivate: from California-adapted malting barleys, California growers, California malt, and California brewers and distillers.

“I was impressed that with limited funding from various sources, including AMBA, he was able to run an effective and productive barley genetics and breeding program,” wrote Mike Davis, president of the American Malting Barley Association. “His skills as a geneticist and his dedicated and tireless efforts led to basic research, germplasm, and variety outputs of value and impact to the barley community throughout the U.S. and world.”

Gallagher is survived by his wife, Judy Smith; his brother Bill and sister-in-law Liz Gallagher of Santa Rosa; as well as two nieces and their families.

(Article adapted from a UC ANR obituary with edits and additions made by Matt Marcure, Communications, Department of Plant Sciences)