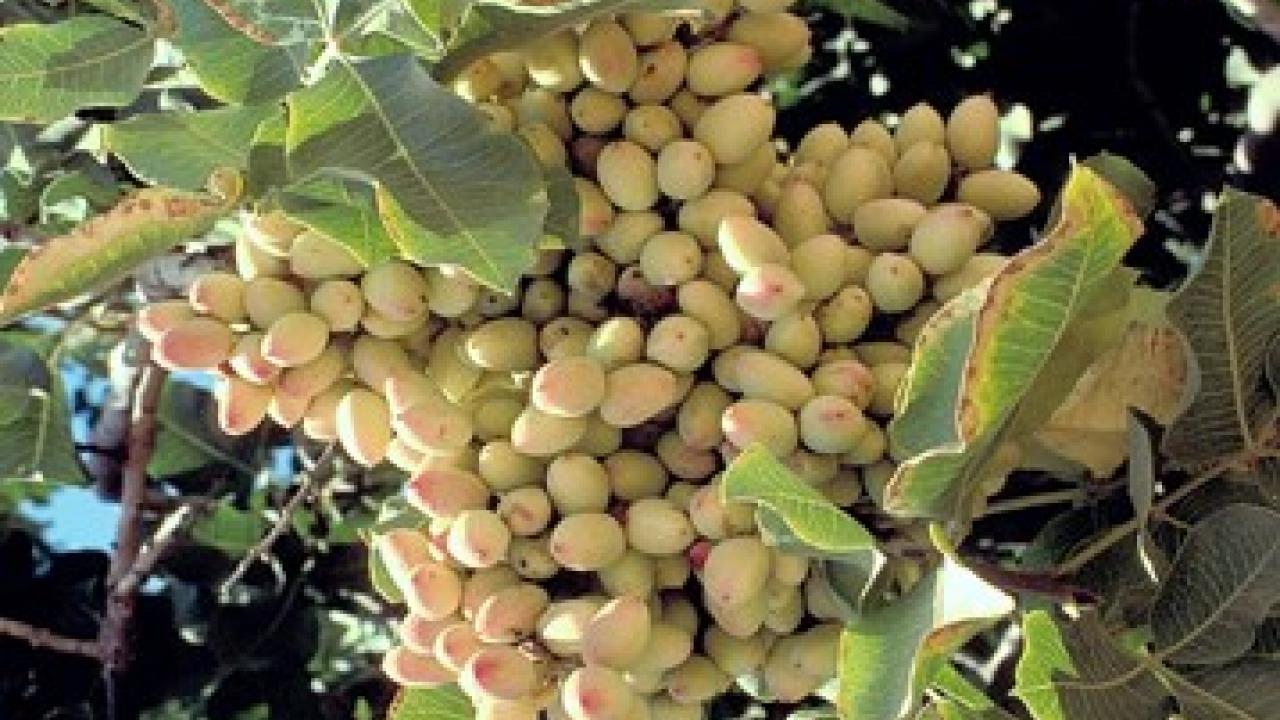 Synchrony in Ecology: What Magnets Have To Do With Pistachios

Did you ever pass an orchard with branches bursting with flowers and wonder how the trees "know" when to blossom or bear fruit all at the same time? Or perhaps you've walked through the woods, crunching loads of acorns underfoot one year but almost none the next year.

Scientists from the University of California, Davis, have given such synchronicity considerable thought. In 2015, they developed a computer model showing that one of the most famous models in statistical physics, the Ising model, could be used to understand why events occur at the same time over long distances.

In a new study, published Feb. 5 in the journal Proceedings of the National Academy of Sciences, they put their computer model to the test using thousands of real pistachio trees planted on a grid and found that it worked.

"We're trying to understand the dynamics in time and space of ecological populations," said senior author Alan Hastings, a professor in the Department of Environmental Science and Policy at UC Davis. "We were able to make use of a very large data set from more than 6,500 trees in a pistachio orchard and were able to show that ecological systems can be governed by the Ising model." 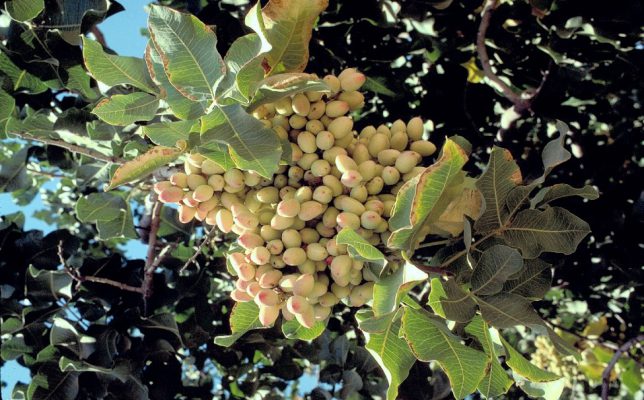 A new study shows why pistachio trees are like magnets, mathematically speaking.

The Ising model was developed to explain permanent magnets, like the kind that stick to a refrigerator door, but the authors showed it can also help explain how pistachio trees synchronize in an orchard.

In magnetic materials, forces between neighboring atoms tend to keep electrons aligned so their magnetic forces add together. The Ising model makes quantitative predictions of how neighbor-to-neighbor interactions can create alignments over large distances.

If neighboring trees are synchronized, it implies they are communicating somehow. While the authors do not identify the means of this communication, they suggest it may be a consequence of root grafting, where roots intertwine. Grafting may help one tree "tell" another that it's time to produce, which may help neighboring trees synchronize their production. The Ising model helps predict how interactions between trees next to each other spread through the whole orchard.

"Instances of synchronous behavior, when everything comes on at once, are found throughout nature, from fruit and nut trees in orchards, to cone-bearing trees in the forest and even the sudden spread of some infectious diseases," said lead author Andrew Noble, a project scientist in the Department of Environmental Science and Policy at UC Davis at the time of the study. "Understanding these dynamics helps better explain ecological systems and their effects in natural and managed systems."

"The research has some important implications for Californian orchard production," said Patrick Brown, co-author and professor of physiology and biochemistry of plant nutrient uptake in the Department of Plant Sciences at UC Davis. "Growers, for example, are increasingly aware that productivity varies within the orchard, so understanding how and why this variability occurs will help in making management decisions that increase yield and prevent the application of excess nitrogen or water.

"Our finding will help us to better understand one aspect of the biology underlying variability in orchards. For breeders, physiologists and ecologists, these findings suggest that populations of trees behave in ways that have not been considered. Where this leads is hard to tell but it is certainly exciting," added Brown.

Additional co-authors include Todd Rosenstock from UC Davis Department of Plant Sciences and the World Agroforestry Centre in Nairobi, Kenya; and Jonathan Machta from University of Massachusetts, Amherst and Santa Fe Institute.

The study was funded by an Integrated NSF Support Promoting Interdisciplinary Research and Education (INSPIRE) grant from the National Science Foundation.

(Original article by Kat Kerlin, UC Davis Strategic Communications; amended by Ann Filmer, Department of Plant Sciences. The original post, by K. Kerlin, Synchrony in Ecology: What Magnets Have To Do With Pistachios appeared first on Egghead.) 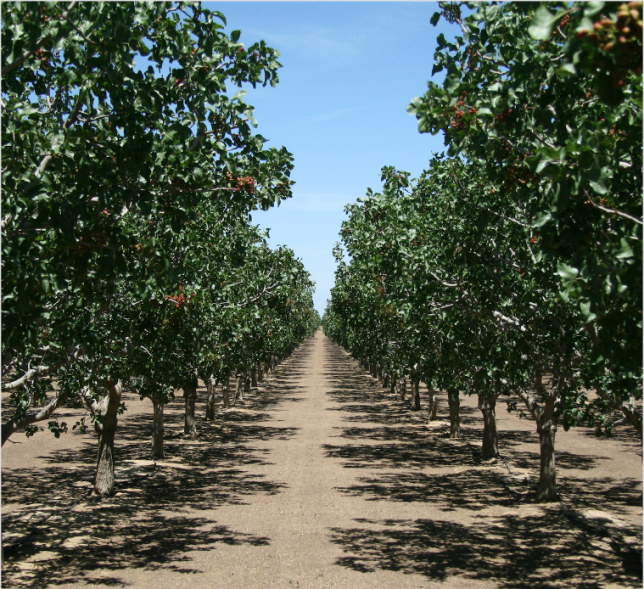 A pistachio orchard near Kettlemen City, California. Fractal-like spatial patterns of fruit production were found, similar to the emergent behavior of magnets near a critical point. This suggests that communication occurs between neighboring trees and influences patterns of yield. (courtesy photo, Curran Hughes)