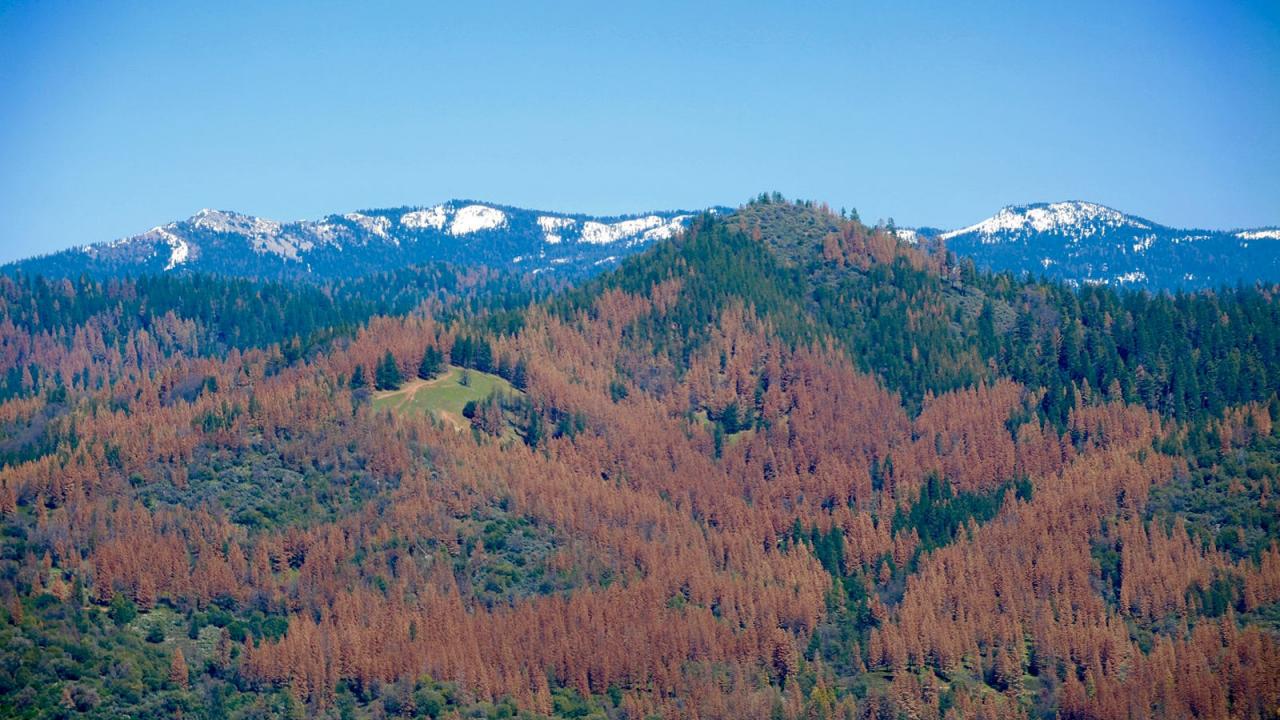 Thinning forests and conducting prescribed burns may help preserve trees in future droughts and bark beetle epidemics expected under climate change, suggests a study from the University of California, Davis.

The study, published in the journal Ecological Applications, found that thinning and prescribed fire treatments reduced the number of trees that died during the bark beetle epidemic and drought that killed more than 129 million trees across the Sierra Nevada between 2012–2016.

“By thinning forests, we can reduce water stress and make forests more resilient to drought and climate change,” said the study’s lead author, Christina Restaino, a postdoctoral scholar at UC Davis in the Department of Environmental Science and Policy when the study was conducted.

The study also indicated that current rates of treatment are not sufficient to reduce the impacts of hotter droughts and large-scale bark beetle outbreaks. Expanding the use of managed fire under moderate fire-weather conditions, along with strategic thinning and prescribed burn treatments, may increase resilience across the forest, the researchers said.

“There are currently too many straws in the cup,” said Restiano. “Denser forests use more water. We’re learning that fuel treatments used to reduce fire risk have multiple benefits. Forests that are more open and less dense are stronger in the face of insect outbreaks, too.”

For the study, researchers collected plot data in 2017 at 10 pairs of treated and untreated sites stretching from Eldorado National Forest to Sierra National Forest in the central and southern Sierra Nevada. They compared the effects of pre-drought thinning and prescribed burn treatments at those sites for four major species: ponderosa pine, sugar pine, white fir and incense cedar.

Ponderosa pine experienced the greatest mortality of the species studied (40 percent) during the drought and beetle outbreak. But its mortality was significantly lower in treated stands. In untreated areas, the chance any one tree would die was about 45 percent. In treated stands, that chance went down to 30 percent.

Both ponderosa and sugar pine trees died more in places where their diameters were larger, suggesting insects may prefer larger trees, especially when the trees are stressed. The study demonstrates that removing smaller trees through thinning and prescribed burns can help reduce the stress in larger trees, which restoration efforts prioritize.

“It’s important to be proactive,” said coauthor Derek Young, a postdoctoral researcher in the UC Davis Department of Plant Sciences. “This is not the kind of thing to start only when the drought starts. It has to be done beforehand.”

The study also notes that forest managers in the Sierra Nevada might consider cultivating a broader variety of species to buffer against insects and disease, as well as shifting from pines to more resilient hardwood species, like oaks and madrone — a transition underway in other semi-arid and Mediterranean climates.