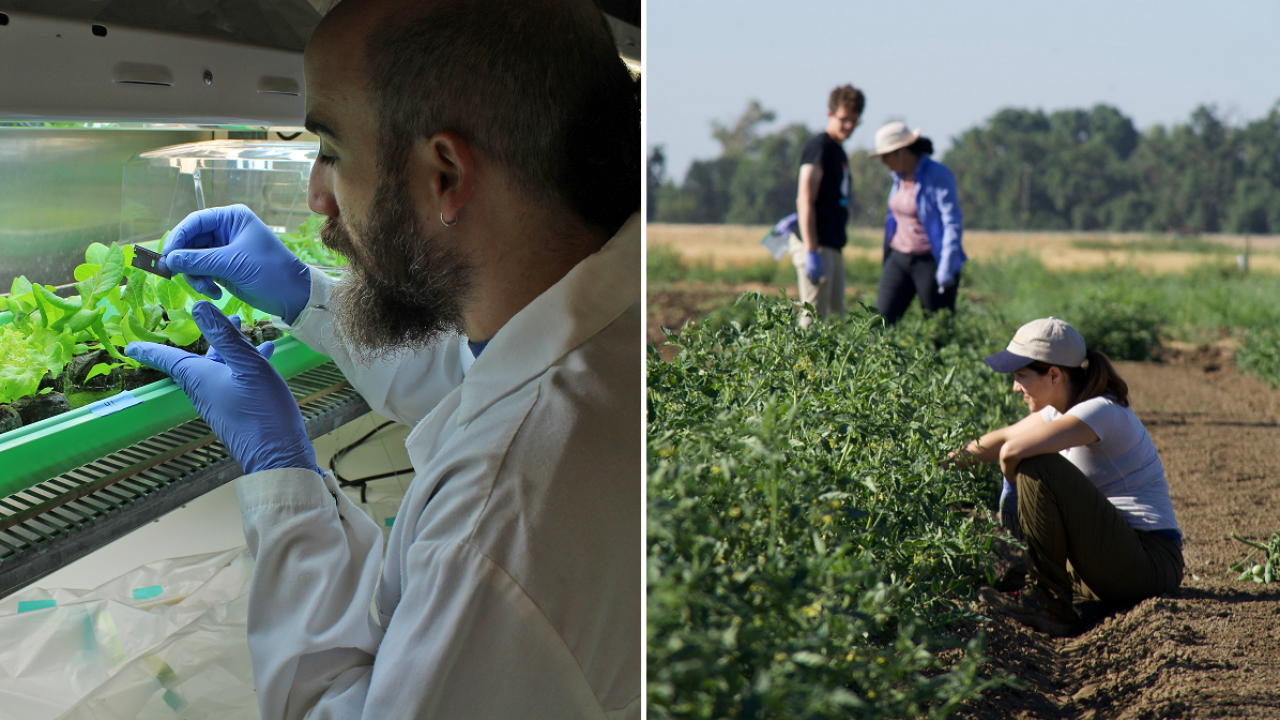 Reducing foodborne illnesses is focus of both projects

UC Davis received nearly $1 million (of $8 million awarded nationally) for two grants from the National Institute of Food and Agriculture (NIFA) in the subject area Food Safety and Defense. The overall grant program is to develop tools to detect and eliminate allergens, infections, or other contaminants in foods. NIFA support enables scientists to develop new and innovative technologies for food processing, manufacturing, and packaging that ensure a safe and abundant food supply. The grants are part of NIFA’s Agriculture and Food Research Initiative (AFRI).

I. Mapping genetic determinants in lettuce that reduce Salmonella enterica and Escherichia coli colonization of leaves

More than 9 million foodborne illnesses in the U.S. are estimated to be caused by major pathogens each year, with approximately 51 percent attributed to plant commodities, and 42 percent attributed to land animal commodities (1998–2008 data). Leafy vegetables were associated with the majority of illnesses (22 percent). Escherichia coli (EHEC) and Salmonella enterica are the most common causal agents of foodborne illness associated with the consumption of fresh leafy vegetables.

“A major concern in produce safety is the high potential of human pathogens to adapt to the plant environment without losing virulence in its natural human host,” said Maeli Melotto, project PI. “The results of this project will facilitate informed and directed genetic and breeding strategies to prevent or reduce bacterial persistence in freshly consumed leaves, thereby enhancing the safety of our crops.

“Ultimately, we hope to create a framework to incorporate breeding as a strategy to reduce the risk associated with the colonization of edible leaves with bacterial pathogens of humans.”

Working with Melotto on the project are Ph.D. student Cristian Jacob, and junior specialists Joseph (Zeke) Student and Alice Pierce, all in Melotto’s lab in the Department of Plant Sciences.

Foodborne pathogens can survive and persist on produce surfaces and in processing or storage environments. More so, food spoilage caused by fungicide-resistant fungi has become an additional challenge for the produce industry.

“Fruits are generally grown in open environments, making them vulnerable to pathogen contamination,” said Barbara Blanco-Ulate, co-PI of the project. “Foodborne pathogens and spoilage fungi can be introduced onto fruit at any time point during the production and packing. Although sanitizing agents can significantly reduce the initial microbial loads, such treatments may result in the formation of persistent pathogens that can survive, or even grow, during storage.

“Our project intends to develop a novel light-driven renewable bactericidal and fungicidal wax supplement for the control and inactivation of persistent microorganisms on fruit surfaces, thus protecting the microbial safety and quality of fresh produce.”

Apples, oranges, and tomatoes will be used in the research experiments.