Scientists have completed the sequences for the coast redwood and giant sequoia genomes. The research, officially published this week in the journal G3: Genes, Genomes, Genetics, helps to better explain the genetic basis for these species’ ability to adapt to their changing environments. The research indicates that the coast redwood genome evolved from a single ancestral species.

The multi-year effort was conducted by researchers at University of California, Davis; Johns Hopkins University; University of Connecticut and Northern Arizona University and was funded by Save the Redwoods League. The research provides the foundation to better understand redwood responses to climate impacts and pathogens.

“It’s remarkable how far genomics research has come since we undertook this challenge in 2017,” said David Neale, plant sciences professor emeritus at UC Davis and lead author on the new coast redwood genome research. “Our work on the coast redwood and giant sequoia genomes will enable us to develop modern genetic tools that can be used in the restoration and conservation of these ecologically important tree species.”

The genomic resources and screening tools developed in this project will help researchers quickly assess evolutionary adaptive potential in these forests and ultimately inform forest restoration and management plans.

The coast redwood is the world’s tallest tree, and its genome is among the most complex sequenced. Nearly nine times larger than the human genome, it is also the second largest genome sequenced. The redwood genome has 26.5 billion base pairs of DNA, and it is hexaploid, meaning redwoods have six sets of chromosomes. Humans have 3 billion base pairs of DNA, and are diploid, with two sets of chromosomes.

When comparing the coast redwood genome sequence to that of other conifers, researchers found hundreds of gene families unique to the coast redwood. Many are genes that help the trees respond to and fight stress, resist disease and repair after injury. 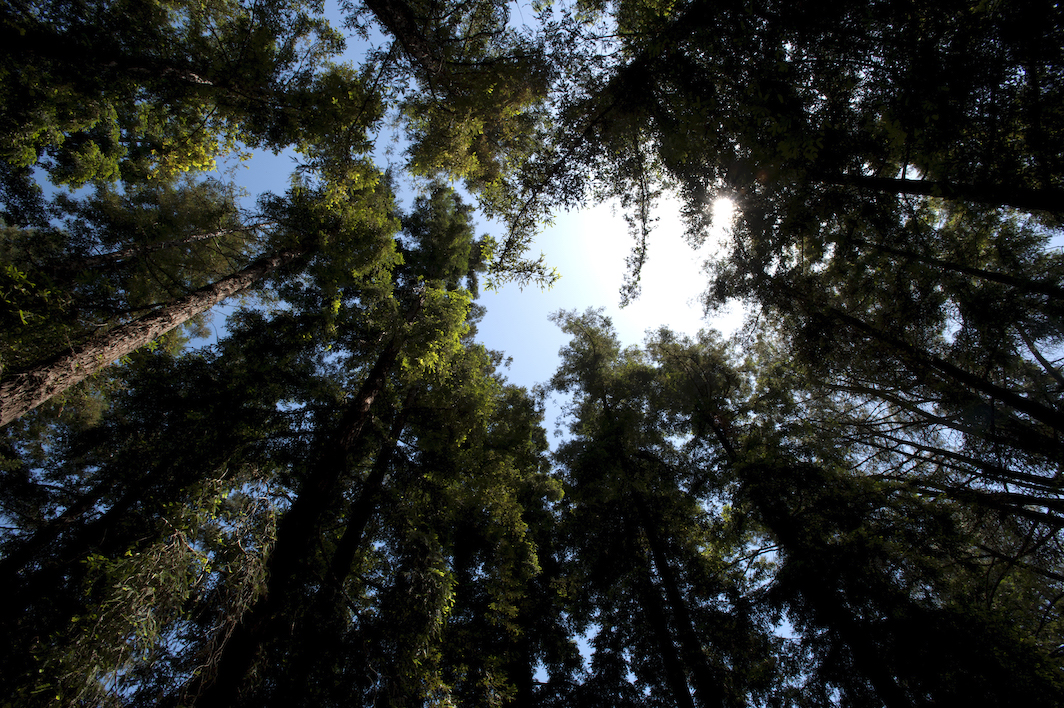 The giant sequoia is the world’s largest tree species and among the oldest on the planet. As reported by the research team in 2020, its genome contains 8.125 billion base pairs of DNA. Similar to the human genome, the giant sequoia genome is diploid. The reference genome produced for this study represents the first genome sequenced in the Cupressaceae family, and it lays a foundation for using genomic tools to aid in giant sequoia conservation and management.

The genomes of conifers are three to 10 times larger than the human genome. They are highly repetitive and complex. The first conifer genomes ever sequenced were the Norway spruce in 2013 and loblolly pine in 2014, 10 years after the human genome was completed.

Sequencing conifer genomes was not previously feasible due to economic and technical limitations. With technological advancements that also reduced the cost, 10 conifer genomes have now been sequenced.

About the Redwood Genome Project

In the last 160 years, commerical logging and clearcutting claimed 95 percent of the coast redwood range and about one-third of the giant sequoia range. In 2020, an estimated 10-14 percent of giant sequoia died from high-intensity wildfires, and in some areas the seedbank also died.

Two wildfires also burned through large sections of the giant sequoia range in 2021, and mortality from those is currently estimated to impact another 5 percent of the mature trees. As a result, both forests have experienced significant losses in total acreage and genetic diversity.

With these significant impacts to both populations, the League is leading restoration projects in both forest ranges. It aims to use this and future genetic research to inform efforts to restore and maintain genetic diversity and bolster the resilience of these species in the face of rapid, unprecedented environmental change.

“This ambitious scientific research provides a critical foundation for the League and the entire redwoods community,” said Joanna Nelson, Ph.D., director of science and conservation planning for Save the Redwoods League. “It will ultimately help us understand the incredible range of responses that coast redwood and giant sequoia species have exhibited in the face of climate change and how native genetic diversity has informed these responses. The Redwood Genome project helps us see, for the first time, the full genetic diversity that has allowed these forests to adapt and survive for millennia — and could protect them against a suite of conditions they have never experienced.”

Save the Redwoods League donors contributed over $1 million to the The Redwood Genome Project through Forever Forest: The Campaign for the Redwoods, including a significant lead gift from Ralph Eschenbach and Carol Joy Provan. Genomic services companies Illumina, Oxford Nanopore Technologies and Dovetail Genomics contributed in-kind.