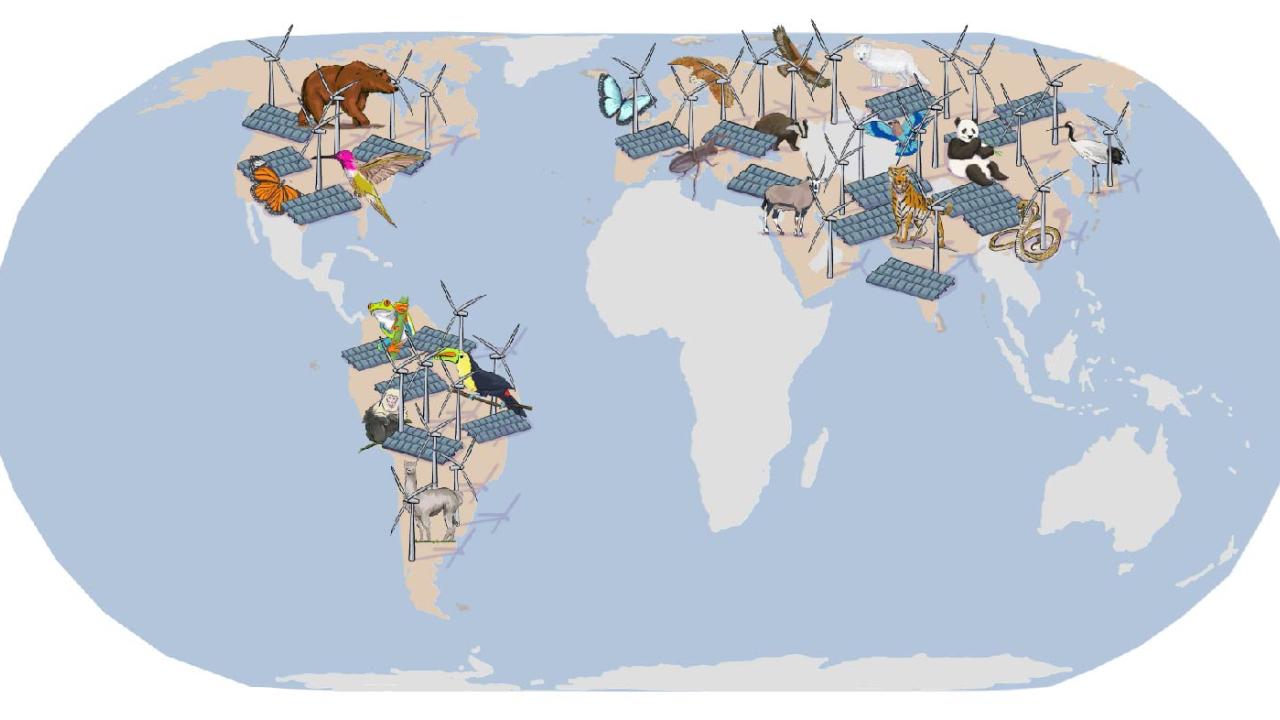 A study led by the University of Southampton, in collaboration with Gail Taylor, Department of Plant Sciences, UC Davis and published in the Proceedings of the National Academy of Sciences has found that expanding green energy production sites in the future won’t necessarily be a threat to protected areas of land.

The project studied how expanding land use requirements for wind and solar infrastructure would impact the ability to preserve biodiversity. They used global databases covering more than 24,500 land-based renewable energy installations in 153 countries to examine overlaps with areas identified as important for biodiversity conservation, at 1-km resolution.

Increasing the production and use of renewable energy sources is critical to meet climate targets. However, they require much more land to achieve the same energy production density as fossil fuels and can have local impacts on ecosystems, such as disruption of vegetation by solar panels.

The team, found that only 15 percent of onshore wind and solar energy installations occur in important conservation areas, including protected areas and wilderness. Also, only three European countries and three others, including the US and Brazil, show a higher than expected overlap of green infrastructure and conservation areas. In fact, when projecting the expansion of both types of land in the future, relatively little overlap was predicted in the near term, except in the Middle East and Central and Northern Europe.

According to the authors, rollout of expanded green energy infrastructure need not present a major threat to conservation areas if subjected to careful land use zoning, especially in countries with limited land area and high human population density or species density.

Professor Felix Eigenbrod, senior author on the study, adds “Our results are really encouraging as they suggest it should be possible, if we are careful, to ramp up wind and solar installations globally to help address the climate emergency without undermining critical efforts to conserve biodiversity.”

Lead author Dr Sebastian Dunnett added: “This study is really encouraging for tackling the ecological emergency, as of course biodiversity itself will be badly affected by climate change. If we can expand the roll out of an important part of the climate solution – wind and solar power – without undermining critical efforts to conserve biodiversity, this will be a big step in the right direction.”

Once perceived as a problem, conservation grazing by cattle a boon to vernal pools