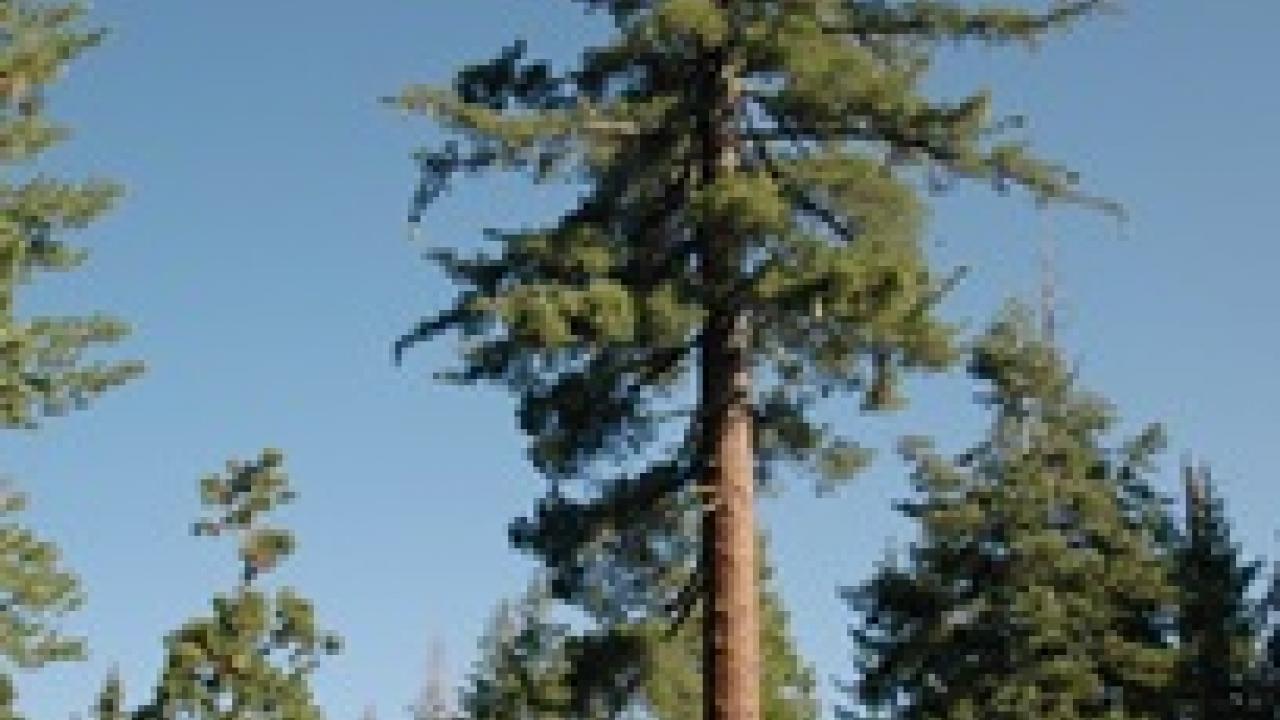 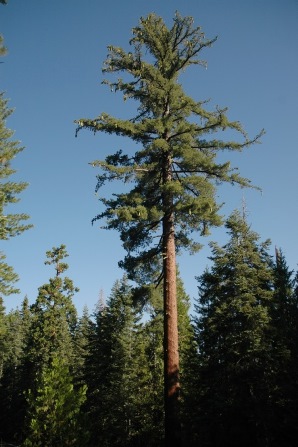 The genome of California's legendary sugar pine, which naturalist John Muir declared to be "king of the conifers" more than a century ago, has been sequenced by a research team led by UC Davis scientists.

At 10 times the size of the human genome, the sugar pine genome is the largest ever sequenced for any organism. It is expected to provide valuable information that may help preserve the iconic but imperiled tree.

Neale collaborated on the Pine Reference Sequences project with geneticist Charles Langley and bioinformatics researcher Kristian Stevens, both of UC Davis, as well as researchers from other universities and the U.S. Forest Service.

The genome for the sugar pine has been publicly released and is available through open access at the Pine Reference Sequences website.

The sugar pine (Pinus lambertiana) is one of the tallest tree species in the world. It is endemic primarily to California, stretching south into parts of Baja Mexico and north into Oregon. The stately tree's pinecones, averaging 10 to 20 inches in length, are among the longest of any conifer species.

"The sugar pine has important environmental value as a key component of California forests, ecological and recreational value throughout the Sierra Nevada, and economic value as a source of timber," Neale said.

In addition, sugar pine survival is threatened by damage from bark beetles, and the ongoing drought and lack of snowpack in the Sierra.

Pine trees and other ancient conifers are dominant species in forests found in temperate regions of the world. The genus Pinus includes over 100 species of pine trees, which fall into two major subgroups -- the yellow pines and the white pines. The loblolly pine, a member of the yellow pine subgroup, was sequenced by Neale, Langley and colleagues last year. The newly sequenced sugar pine has a genome 1.5 times larger than the loblolly pine, which itself was considered large when it was sequenced. These two new reference sequences serve as foundations for future studies and applications in pine trees.

"The sequencing and assembly of these two pine genomes reaches the present-day limits of genomic technologies and methods," said Professor Langley. "Like the human genome reference sequence, they are not yet complete, but they do provide an almost complete parts list' and a draft of the instructions.'"

This information is of great interest to environmental agencies such as the U.S. Forest Service and timber companies such as Sierra Pacific Industries that manage the natural range of sugar pine.

The sugar pine genomic information has been made freely available by the U.S. Department of Agriculture's National Institute of Food and Agriculture, which funded the project; UC Davis; and the other research partners. A report of the sequencing and analyses of the sugar pine genome is pending publication in a scientific journal. The scientific reports of the loblolly genome sequencing appeared last year in the journals Genetics and Genome Biology.

Key partners in the sequencing project were professors Steven Salzberg, a computational biologist at Johns Hopkins University, and Jill Wegrzyn, a bioinformatician at the University of Connecticut.