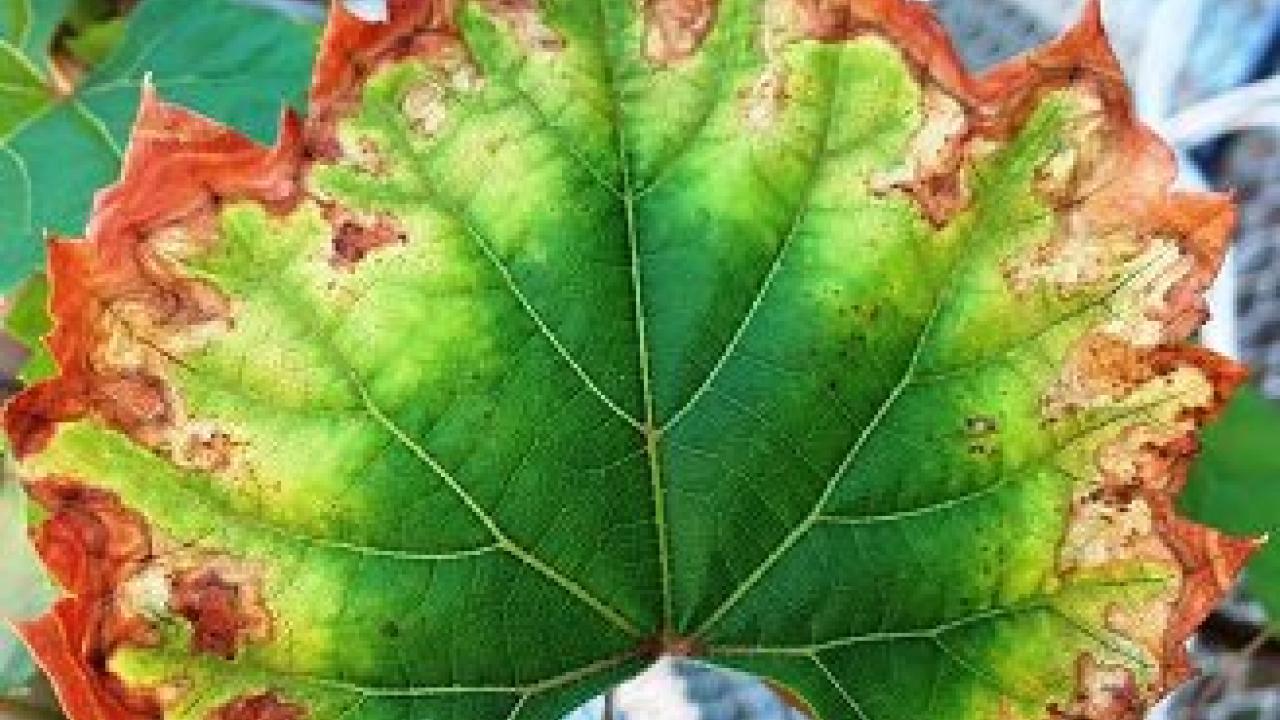 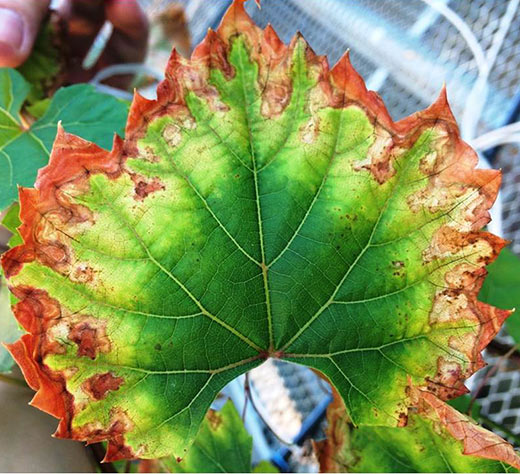 UC Davis plant scientists have identified an enzyme that appears to play a key role in the insect-transmitted bacterial infection of grapevines with Pierce's disease, which annually costs California's grape and wine industries more than $100 million.

The researchers hope that the discovery, which runs counter to existing theories, will lead to new diagnostics and potential treatments for Pierce's disease. Their findings are reported in Scientific Reports, an online journal of the Nature Publishing Group.

"With a bacterial disease -- much like cancer -- if you understand how the virulent form spreads, you can better control or remove it," said Abhaya Dandekar, a professor of plant sciences and senior author on the study.

"We anticipate that this discovery could open new ways to think about dealing with Pierce's disease and highlight other areas of immune response, in general, that haven't yet been considered," he said.

Pierce's disease, first identified in the 1890s, is caused by the bacterium Xylella fastidiosa and is characterized by yellowed and browning leaves that eventually drop from the vine. The disease is transmitted from vine to vine by small, winged insects called sharpshooters.

It's been known for a number of years that when Xyllela fastidiosa invades a grapevine, it produces a biofilm or gel in the xylem the vascular tissue that transports water and some nutrients throughout the vine.

Scientists have theorized that this biofilm damages the vine by clogging up the xylem, preventing the flow of water to the leaves. That theory seemed to explain the yellowing of the leaf edges and eventual death of the leaf tissue.

But not all of the evidence stacked up to fit that theory, Dandekar said. For example a heavy accumulation of Xyllela fastidiosa in grapevine leaves was not always accompanied by severe disease symptoms in leaves. And, in some infected grapevines as well as other host plants, the leaves showed severe symptoms but the xylem had very little blockage.

So Dandekar and colleagues set out to investigate an alternative mechanism by which Xyllela fastidiosa might be wreaking havoc with the vine's physiology.

Secrets of the "secretome"

The research team began by analyzing the bacteria's secretome -- the entire collection of enzymes and other proteins secreted by a disease-causing agent like Xyllela fastidiosa during the infection process. Such secreted proteins are known to play key roles in triggering many plant diseases. 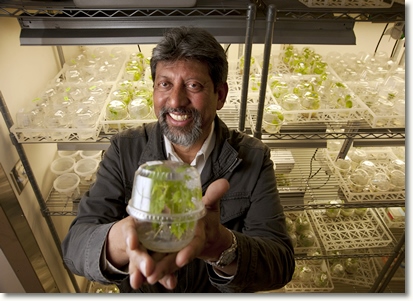 The resulting data indicated that an enzyme, which the researchers named LesA, was quite abundant during Xyllela fastidiosa infections and shared characteristics with similar enzymes known to be capable of breaking down plant cell walls.

The researchers went on to confirm their suspicions by demonstrating that a mutant strain of Xyllela fastidiosa bacteria -- with a specific gene knocked out, or inactivated -- lacked the ability to cause infection in grapevines.

"The LesA enzyme has the ability to move through cell membranes, equipping the Xyllela fastidiosa bacteria to invade the grapevine and to live in its xylem tissues, where it feeds on fatlike compounds called lipids," Dandekar says.

In this way, the LesA enzyme triggers the process that causes the typical Pierce's disease leaf damage -- a process completely unrelated to the xylem blockage and water stress that had previously been thought to cause the symptomatic leaf damage.

The research for the newly published study was conducted by Rafael Nascimiento and Hossein Gouran, both graduate students in Dandekar's laboratory. Dandekar said that his research team plans to move forward with Pierce's disease research in hopes of developing ways to counteract the disease.

Funding for the newly published study was provided by the Pierce's Disease Board of the California Department of Food and Agriculture.