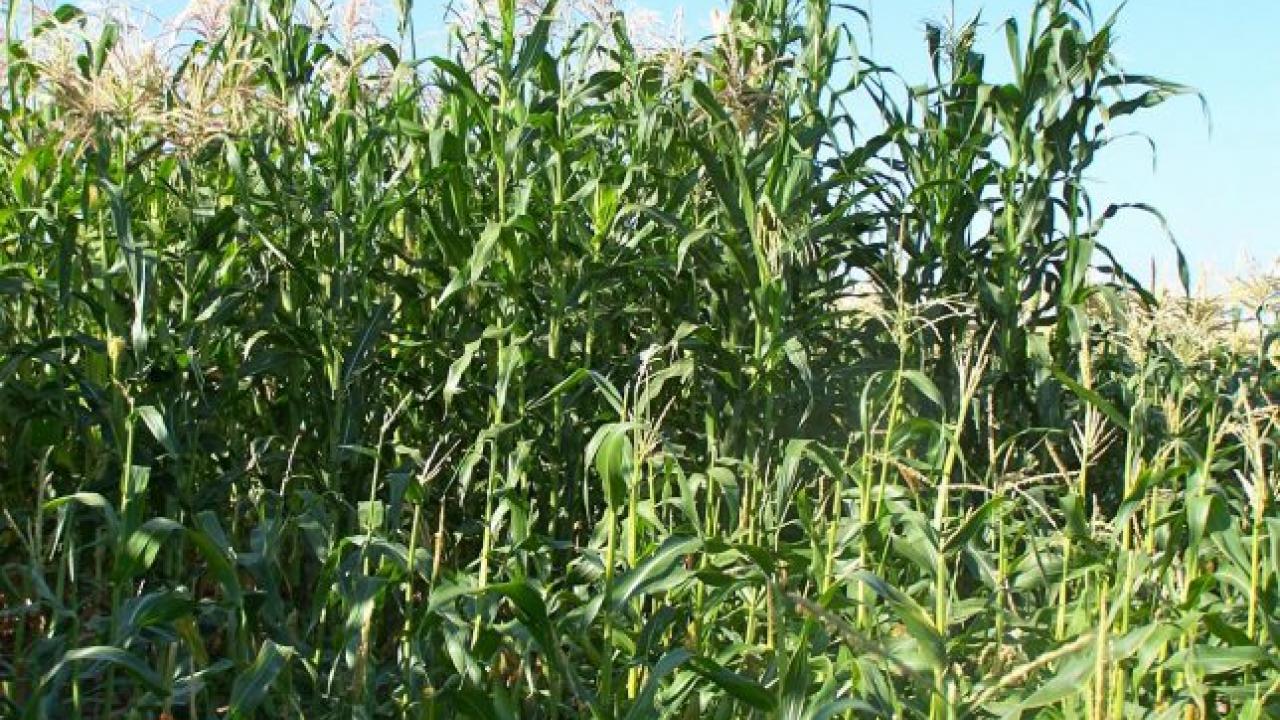 Study Finds Indigenous Mexican Variety of Corn Captures the Nitrogen It Needs from the Air: Association with Nitrogen-Fixing Bacteria Allows the Corn to Thrive Without Fertilizer

A multidisciplinary team from the University of California, Davis, the University of Wisconsin–Madison, and Mars, Incorporated have found that an indigenous variety of corn can “fix nitrogen” from the atmosphere, instead of requiring synthetic fertilizers. The team’s findings were published today (Aug. 7, 2018) in the journal PLOS Biology.

If this trait can be bred into conventional varieties of corn, it could reduce the need for added fertilizer and increase yields in regions with poor soil. Corn that fixes nitrogen could also help farmers in developing countries that may not have access to fertilizer.

“This research has been 40 years in the making and is a significant breakthrough in our attempts to find a more sustainable way of growing corn, one of the world’s key crops,” said co-author Howard-Yana Shapiro, chief agricultural officer at Mars, Incorporated. Shapiro is also a research associate with the Department of Plant Sciences at UC Davis.

Nitrogen is an essential nutrient for plants. While nitrogen makes up 78 percent of the atmosphere, only legume crops were known to have the ability to use it through their association with bacteria. For cereal crops like corn, farmers must rely primarily on nitrogen fertilizers.

Researchers spent years searching for isolated indigenous varieties of corn, or landraces, where corn first originated in Mexico. It was thought that such varieties might associate with nitrogen-fixing bacteria. In the 1980s, Shapiro observed such corn being grown in nitrogen-deficient soil in the Sierra Mixe region near Oaxaca. It was not until the 2000s that new technologies developed to allow them to intensely study this nitrogen-fixing process.

“It has been difficult to identify such a landrace and demonstrate that this nitrogen-fixing association actually contributes to nitrogen nutrition of the plant,” said co-author Alan Bennett, distinguished professor of plant sciences in the College of Agricultural and Environmental Sciences at UC Davis. “Our interdisciplinary research team has been working on this for nearly a decade.”

The study found that one corn variety grown in the Sierra Mixe region obtains 28–82 percent of its nitrogen from the atmosphere. To do this, the corn grows a series of aerial roots. During certain times of the year, these roots secrete a gel-like substance, or mucilage. The mucilage provides the low-oxygen and sugar-rich environment required to attract bacteria that can transform nitrogen from the air into a form the corn can use.

“Our research has demonstrated that the mucilage found in this Sierra Mixe corn forms a key component of its nitrogen fixation,” said co-author Jean-Michel Ané, professor of Agronomy and Bacteriology in the College of Agricultural and Life Sciences at UW–Madison. “We have shown this through growth of the plant both in Mexico and Wisconsin.”

Researchers are a long way from developing a similar nitrogen-fixing trait for commercial corn, but this is a first step to guide further research on that application. The discovery could lead to a reduction of fertilizer use for corn, one of the world’s major cereal crops. It takes 1-2 percent of the total global energy supply to produce fertilizer. The energy-intensive process is also responsible for 1-2 percent of global greenhouse gas emissions.

“Corn yields in developing countries are one-tenth of those found in the U.S., due both to variety development and access to affordable nitrogen fertilizer,” said co-author Allen Van Deynze, director of research at the UC Davis Seed Biotechnology Center. “This discovery opens the door to significantly improving the genetic potential and food security for these countries.”

“As one of the world’s largest food businesses, Mars is committed to reducing the environmental strain caused by farming,” Shapiro added. “We embarked on this uncommon collaboration decades ago to drive forward a discovery that has the potential to create a lasting and positive impact on sustainable agriculture.”

The municipal authority and community in the isolated village in the Sierra Mixe region were an integral part of this research project. Biological materials were accessed and utilized under an Access and Benefit Sharing (ABS) Agreement with the community and with permission from the Mexican government. An internationally recognized certificate of compliance under the Nagoya Protocol on Access and Benefit Sharing has been issued for such activities.

This ABS Agreement is designed to ensure the equitable sharing of benefits arising out of the utilization of genetic resources, contributing to the conservation and sustainable use of biodiversity.

This research was facilitated through the tremendous cooperation of SEMARNAT and SAGARPA, two agencies of the Mexican government responsible for implementation of the access and benefit-sharing provisions of the Nagoya Protocol.

This paper is dedicated to co-author Cristobal Heitmann, whose energy and enthusiasm were a major catalyst in this research. He died while the manuscript was under review, and his research for the paper was part of his M.S. thesis. Read moreabout Cris and the scholarship in his name.

See How Other Media Report This