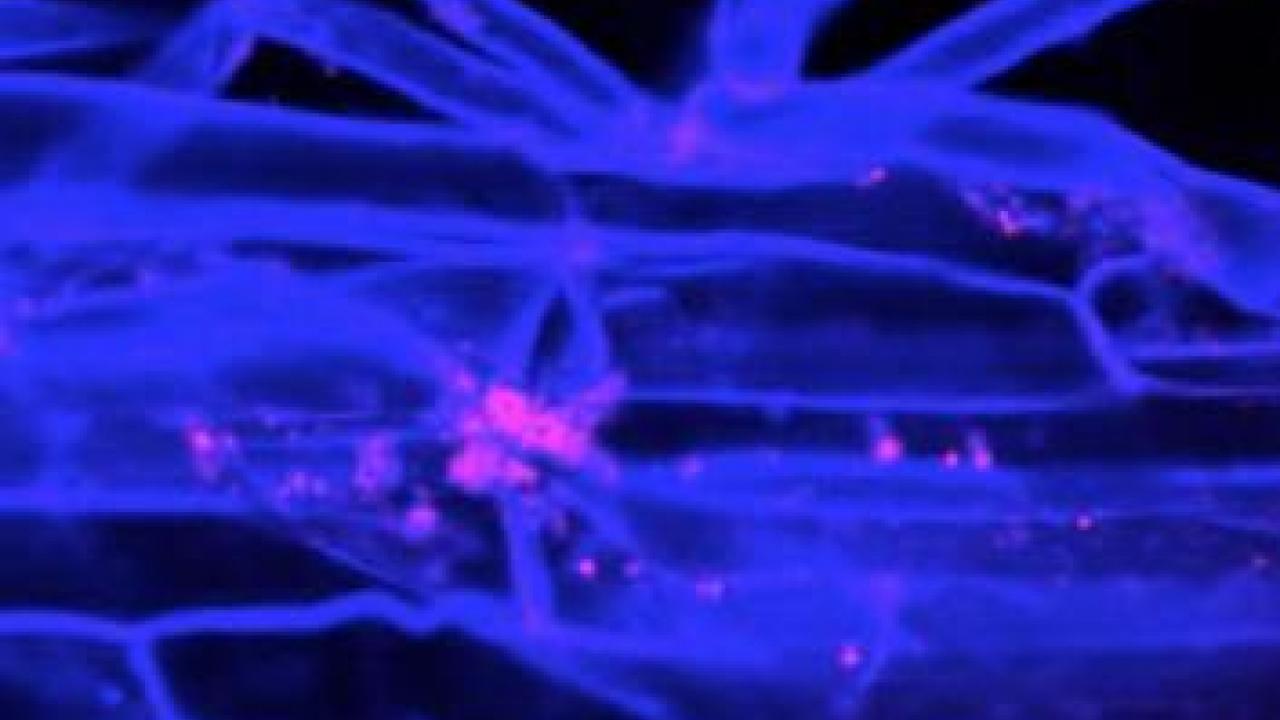 Your body plays host to a microbial ecosystem that's ever-evolving, and its composition has implications for your overall health. The same holds true for plants and their microbiomes and the relationship is of pivotal importance to agriculture.

In a paper appearing in PLOS Biology, Joseph Edwards, '17 Ph.D. in Plant Biology, Professor Venkatesan Sundaresan, departments of Plant Biology and Plant Sciences, and their colleagues tracked root microbiome shifts throughout the life-cycle of rice plants (Oryza sativa). The research could help inform the design of agricultural probiotics by introducing age-appropriate microbes that promote traits like nutrient efficiency, strong roots and increased growth rates in the plants. 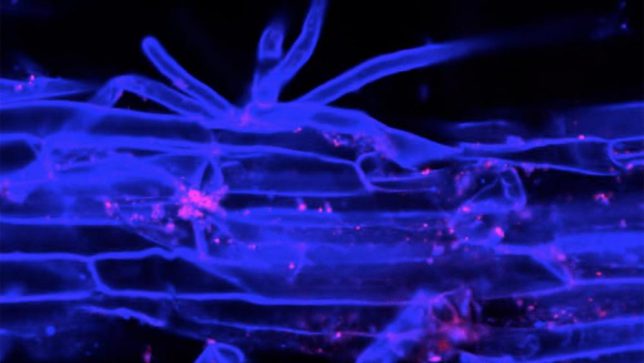 Roots and microbes are the unsung heroes of the plant world. While leaves and flowers entice eyes and pollinators, roots and microbes do the necessary dirty work under the soil. Many soil-bound nutrients -- including nitrogen, iron and sulfur -- would be inaccessible to plants without enzymatic action from microbes found in and around root systems. And in return, roots release sugars that feed the soil's microbes.

"They have this symbiotic relationship that can be beneficial to both sides," said Sundaresan. "But we really don't know much about these relationships, like which specific bacteria have beneficial functions."

Thousands of different species of microbes live inside plant roots, but that number increases to the hundreds of thousands outside the roots.

"As the plant enters the reproductive stage, its physiology changes a lot, so it makes sense that the microbes interacting with the plant are going to change too," said Sundaresan.

The pattern repeated consistently throughout the study, and the researchers were then able to use the data to estimate a rice plant's age based solely on the composition of its root microbiome. 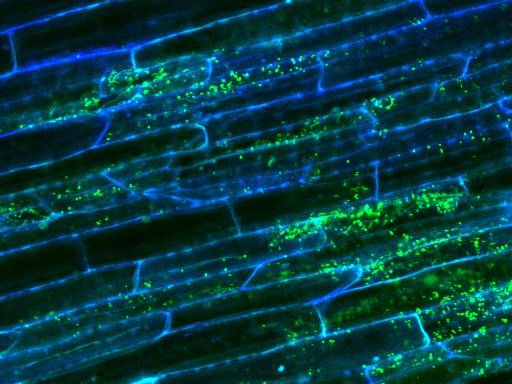 The surface of a rice root with attached soil bacteria is visualized with fluorescent probes. The green dots are bacterial cells, and the blue lines are plant cell walls. (photo: Alana Firl/UC Davis)

When it comes to illness, like digestive problems or allergies, doctors might recommend patients take probiotics, bacteria that can improve overall health by impacting the patient's microbiome.

This approach is being explored in agricultural industries to improve crop health. According to The Los Angeles Times, companies like Monsanto and Bayer CropScience are exploring the market for agricultural probiotics.

But Sundaresan says that agricultural probiotics which are meant for field applications aren't designed with a crop's age or lifecycle in mind. A probiotic with the same composition might be used to try and bolster the productivity of both adult and juvenile plants. The problem is that juveniles and adults acquire different microbiomes from the microbe-rich field soil.

Sundaresan's research could help inform the design of precision probiotics, where the microbial community is made to be age-appropriate for the crop it's treating.

"If you were to give an adult human microbes that are beneficial to juveniles, the body would just reject them," said Sundaresan. "This has been a consistent problem in the agricultural field. Many probiotics that are applied just don't hang around long enough to make a difference."

Other authors of the study include Christian Santos-Medellin, Zachary Liechty, Bao Nguyen and Eugene Lurie, of UC Davis, in collaboration with Shane Eason and Gregory Phillips at Arkansas State. Support for the study was provided by NSF and USDA.